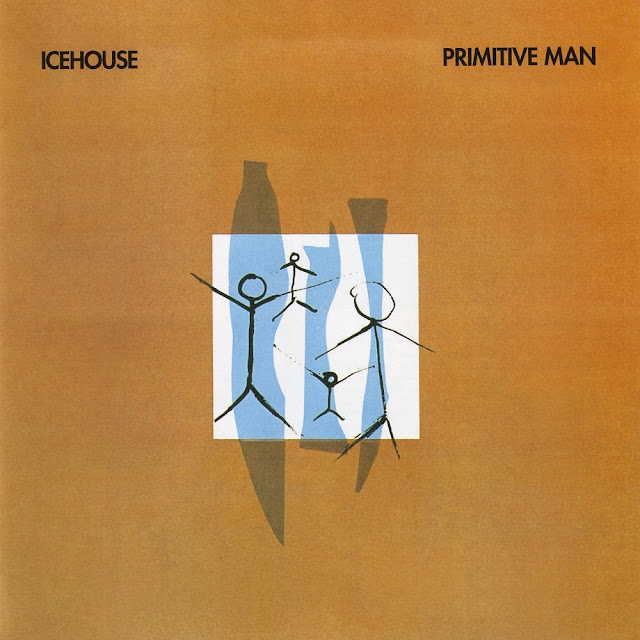 One of the most iconic Australian bands ever, Icehouse, was formed by Iva Davies, the front man and musical creative force, that lead the band to an amazing 28 platinum albums, eight top 10 albums and over thirty Top 40 singles. Iva was born as Ivor Davies on the 22nd May 1955 in New South Wales, Australia. He later adapted to Iva after there was a misspelling on the label of a single released prior to the formation Flowers. The youngest of three siblings, Iva grew up in a musical household with both parents’ members of the local choir. When only 6 years old, Iva fell in love with his first of many instruments, the bagpipes, and after begging his parent’s for lessons, Iva had to wait till he was seven before his fingers could stretch over the chanter’s holes in order to learn how to play the instrument. Iva later made the move to the oboe with the help of his first year music teacher at Epping High. It was in July 1975 that Iva’s career really began with the release of his first single by RCA Records with "Leading Lady" and B side "I’m Gonna Give You All My Love". But it wasn’t until January 1980 that Iva put his name on the map when the successful pub band he founded, Flowers, signed a recording contract with Regular Records. In 1980 their debut album called "Icehouse" made it into the Top 5, becoming the highest ever selling debut album in Australia.

Icehouse’s success continued with the band performing their first overseas tour and the release of their second album, "Primitive Man", which surpassed the success of their debut album. It was this album that produced the anthem for Australians, "Great Southern Land", which made it into the Top 5. Whilst touring the band seized different opportunities that arose including Iva, who travelled to Tokyo in 1984 to write the song "Walking to the Beat" for the Yellow Magic Orchestra star, Yukihiro Takahashi. Two months later, Iva returned to Japan to tour as a member of superband, drawn from all over the world by Takahashi. Icehouse’s success continued with the album "Man Of Colours", which contained the hit singles "Crazy" and "Electric Blue" that topped both the US airplay and sales charts. This album became the highest local selling album by an Australian group ever. For "Man Of Colours" Iva himself created the artwork of a man clasping a bunch of coloured flowers by investing in a box of 5 crayons (which he still has till this day) and a black felt pen.

With a career spanning over 30 years, Icehouse has continued to delight millions with their music, wellknown and loved by audiences across generations. Icehouse has played to sellout audiences in Australia and has toured extensively. Icehouse began in 1977 as a Sydney-based pub rock band called Flowers, who were the highest paid unsigned act in Australia at the time. In 1980 Flowers scored a record deal with Regular Records and released their first album, "Icehouse", which received critical acclaim and reached multi-platinum status in Australia and New Zealand. It soon became the highest selling debut album in Australia. The iconic cover art for the album, featuring branches intertwined, was created by Flowers drummer John Lloyd, a former art student. After performing their song "Icehouse" at the Countdown Awards, the band was awarded with the Johnny O’Keefe Award for Best New Talent of 1980. In 1981, Flowers changed their name to Icehouse as it went international in order to avoid conflicts with another group. With their new name, the band embarked on their first overseas tour, taking on the US, Canada and the UK. The singles "Icehouse" and "We Can Get Together" were released in Europe and America, and the evocative Russell Mulcahey video for "Icehouse" generated much interest.

Icehouse’s second album "Primitive Man", produced the classic Aussie anthem "Great Southern Land" which reached number 5 on the Australian singles charts. "Primitive Man" also included the single "Hey Little Girl", a UK Top 20 Hit with Icehouse performing the song on Top of the Pops. The album sold over 650000 copies when released in Australia and is a favourite in Europe and the US, where Icehouse still has many fans. During this time Icehouse also supported David Bowie during Bowie’s European leg of the Serious Moonlight tour. It was the 1987 "Man of Colours" album, however, that made Icehouse a true international success, with smash hits "Crazy" and "Electric Blue" peaking near the top of both the US airplay and sales charts. "Man of Colours" became the highest local-selling album by an Australian band, and Icehouse's most successful album, selling more than a million copies in Australia and reaching gold status in Canada.

With as many as nineteen musicians who have been (or still are) members of Icehouse, it is songwriter, guitarist and lead vocalist Iva Davies who is the band’s creative heart and driving force. Many of the musicians who have been a part of the band were from Australia, but several were from the UK, including bass player Guy Pratt, keyboardist Andy Qunta and Sax player and keyboardist Simon Lloyd. A famous guest artist was Brian Eno, who was featured on the 1986 album "Measure For Measure". Eno had previously worked with Roxy Music, David Bowie and U2. In 2006, Icehouse was inducted into the Australian Recording Industry Association Hall of Fame, being described as one of the most successful Australian bands of the 80s and 90s. With an uncompromising approach to music production they created songs that ranged from pure pop escapism to edgy, lavish synthesized pieces. Beyond Icehouse Iva has, and still continues, to showcase his musical skills for films, ballet, television and special events. Over the years he has composed scores for two of the most successful ballets for the Sydney Dance Company, "Boxes" (1985) and "Berlin" (1995). True commendation for his works came when, after 30 years as founder and Artistic Director of the Sydney Dance Company, Graeme Murphy chose to close his Directorship with a return season of Berlin in 2007.

Iva’s score "The Ghost of Time" was also performed with Richard Tognetti and Sydney Symphony Orchestra on Millennium Eve at the Sydney Opera House as part of International Millennium Celebrations telecast to over 3.5 billion people worldwide. In 2003 Iva also co-composed the film score for Peter Weir’s "Master and Commander" starring Russell Crowe. Critics from around the world praised his work with the Washington Post saying: an unforgettable score. Icehouse and Iva Davies have won many awards including the Countdown Award for the Most Popular Male Performer, an ARIA award for the Best Album for Man of Colours, an ARIA for Highest Selling Album for Man of Colours, and an ARIA Award for The Ghost of Time in 2000. The band was inducted in the ARIA Hall of Fame in 2006. In recent years Iva Davies has maintained a presence in the Australian media with appearances in a variety of music & entertainment, TV and radio shows, and in interviews and featured press articles. 2011 and into 2012 saw Iva Davies and Icehouse headline a number of major music festivals in Australia and New Zealand including Homebake and the Breath Of Life Festival, which brought him more prime time media appearances including a number of on-air live performances. This coincided with the highly successful special release of the "White Heat" greatest hits CD & DVD which sold to Gold levels in just 2 weeks.

In January 2012 Iva was made a Friend Of Australia for the G’Day Australia campaign in the USA where he wined and dined with Hollywood stars, music celebrities and government ministers and performed a live set including Great Southern Land and Electric Blue. On January 26th 2012 he was honoured as official Australia Day Ambassador including featuring in a number of Tourism Australia videos. Iva was made an Australia Day Ambassador in 2001 and every year on Australia Day travels to a different region of New South Wales, on behalf of the Australia Day Council, to take part in and perform official duties for local Australia Day activities. Outside his musical activities, Iva has a long history of contributing back to the community from which he comes. Since the 1990s he has been, and remains, an Ambassador for the Nordoff Robbins Music Therapy Australia, a non-profit organization which assists in treating those with physical and intellectual disabilities via the power of music. He has a long association going back to the late 1980s with the Salvation Army Red Shield Appeal where he works every year that he is in Australia, either door-knocking or at one of the events on the day. Iva is also a Patron of Entertainment Assist, the local arm of Music Cares which supports artists and their families who have fallen on hard times.

All albums in the Icehouse catalogue were re-released in May 2012 with a focus on the 30th Anniversary Edition of "Primitive Man" and the 30th Anniversary Edition of "Man Of Colours". Between October and November of 2012 Iva Davies and Icehouse performed to sell-out audiences on their Primitive Colours Tour which showcased the songs from the two Anniversary albums plus other favourites from the Icehouse pantheon of hits. Due to the success of the Tour, the band has been invited to present several ‘Encore’ performances in January 2013. Icehouse was also invited to perform several special events during the year. In June 2013 Iva was made a Member of the Order of Australia (AM) for significant service to the music and entertainment industry as a songwriter and performer, and to the community. Davies closed 2013 with a bit of fun called "DubHouse", where he and an expanded band rework the songs of Icehouse and some much-loved cover songs with reggae, bluebeat and dancehall feels and is looking forward to continuing his and Icehouse’s musical journey.