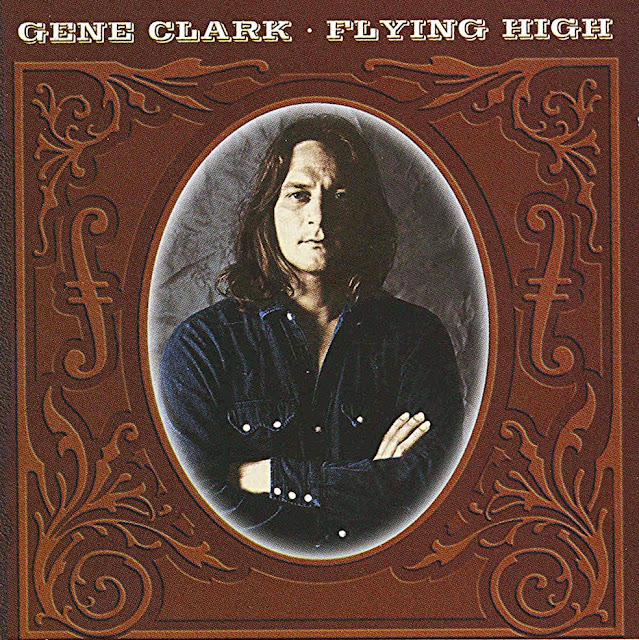 There's not many that could write a song like Gene. Take one song, "Spanish Guitar". A song that which no less than Bob Dylan said was 'something I or anybody else would have been proud to have written'. We open with "You Showed Me" a song never properly recorded by The Byrds but turned into a hit by The Turtles a few years later. And by The Lightning Seeds in England many years later. The guy could write songs. We have a couple of Gene's finest Byrds moments before we move onto the solo material. "Set You Free This Time" is just so good. That slight quiver is his voice is everything. He wasn't a fabulous singer I suppose but he could sing and that quiver in his voice invested everything he did with a tremendous emotional quality. Besides, the likes of "'Set You Free This Time" contains some of the greatest lyrics written by anybody. No wonder Bob admired his song writing. "She Don't Care About Time" is a superlative Byrds single that inexplicably was never included on a regular Byrds album. Its just fabulous, the guitars jangle away and it's pop music. Prime Beatles influenced music that in turn influenced The Beatles not least George Harrison who was a huge fan of The Byrds.

Moving on through the first couple of solo records i've already covered we have highlights with the ridiculously happy "Tried So Hard", the stone cold classic "Train Leaves Here This Morning" and the simply brilliant "Why Not Your Baby". And, on this compilation at least, a couple of rarities. Rarities ? Gene recorded a single "The French Girl" / "Los Angeles" after his solo debut. The single never gained release and Gene ultimately decided to ditch that particular style and move more towards a country rock style. "The French Girl": this is such a fantastic song. Supremely melodic, the quiver in his voice present and correct and some fantastically romantic evocative lyrics. This song gets to me every time. It was never released ? It should have been number one! Really. And, "Los Angeles". Rock and Roll. Sorry, i'm getting carried away, but really, these songs are just so damn good and grin inducing. Everybody should get hold of these two songs. They really are that good.

More quality out-takes here. Gene had a bunch of them. "I Pity The Poor Immigrant" - a great Dylan cover given a rock beat but still retaining a country flavour. "Something's Wrong" from "Fantastic Expedition" sounding as great and wondrous as ever. The decent "Polly" (later covered by Ian Matthews) and "Dark Hollow" - yet more Gene Clark out-takes better than most writers best moments. A special mention for the two songs at the end of the first disc. "She's The Kind Of Girl" and "One In A Hundred" were Byrds re-unions. The mixes here are different to those that later emerged and were recorded with Jim Dickson The Byrds original mentor. They are simply fantastic, far superior to anything The Byrds were doing at that stage. The jangle is present, the harmonies are stupendous. Really. And, "She's The Kind Of Girl" is simply beautiful.

Highlights of the second disc of course include the songs taken from his classic "No Other" album from 1974. We open with some beautiful acoustic songs, "With Tomorrow" and "Spanish Guitar". "Spanish Guitar" especially is a thing to behold. A wonderful song, heartbreaking and beautiful again. A number of pleasant songs pass by until we reach the next moment of pure genius. "Full Circle Song" - the version here is different to the version on The Byrds largely disappointing 1973 reunion album. This is Gene's original version and dammit if it isn't wonderful! Wonderfully recorded and performed, a little Byrds jangle in the guitar and its just so uplifiting and happy. No wonder The Byrds wanted it to open their reunion album. This song always makes me smile and makes me happy. "I Remember The Railroad" is so atmospheric, wonderfully desolate in feel. Skipping the "No Other" songs for the moment, the remainder of the record is tasteful, quality but never again reaching heights of genius. Gene had something of a bad lifestyle and a drinking habit that ultimately cost him his life. "Fair And Tender Ladies" however is late period Gene Clark and does send a chill up the spine. A beautiful folk song with added female harmonies.

"No Other" was the album Gene recorded for Asylum Records with a budget that went way over what had been originally allocated. The production was state of the art, experimental. The songs were all 5, 6 and 7 minutes plus and daring in their ambition. They remind me of Bob Dylan's "Desire" album which was released in 1976. "No Other" came out in 1974. "Silver Raven" and "The True One" are both amongst the best songs Gene ever wrote. And, then ? "Lady Of The North". This is the one. The emotional quiver, fantastic vocals actually, some of the best he ever did. Soaring musical parts, a song in sections each one adding to the last. Violin! Desire! "flying high, above the clouds. we lay in grassy meadows, the earth was like a pillow - for our dreams". Wonderful lyrics, great piano. One of the finest six minutes in musical history. It's 4.30pm in the afternoon. I'm half way through the song. I've not drunk any alcohol, i'm sober and sane. One of the best songs and performances of all time. And of course of of the greatest so called "Best Of" albums ever released. A collection worth to have.