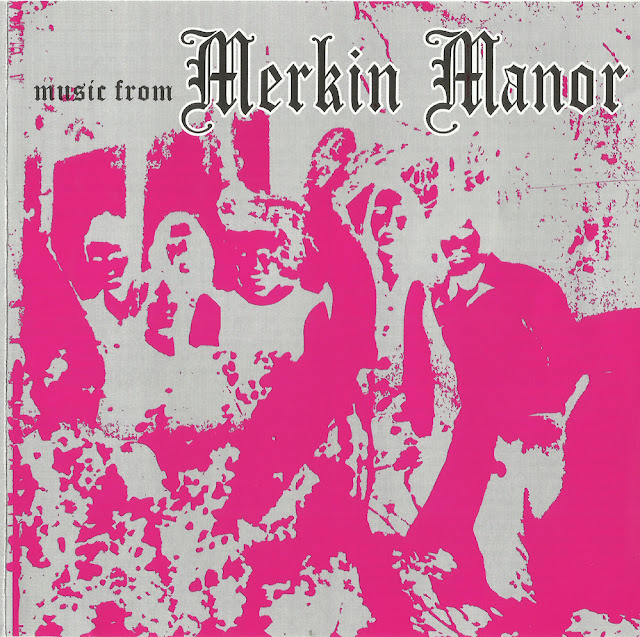 
Provo, Utah in March 1967 was not like the many other American towns during this period. While the air was a buzz elsewhere with new sounds of garage, psychedelic, and hard rock music and long hair was becoming the norm amongst rebellious youth, the small town of Orem remained staunchly Mormon and Conservative. Rocky Baum and Ralph Hemingway were buddies in High School and from time to time, Ralph would vocalize tunes to Rocky's accompaniment. But there was something missing; They sorely needed a beat and other instruments to complete their sound. By the summer of 1969, they enlisted the services of Alan Newell on drums, Kent Balog on bass, and Doug Hinkins on lead guitar. And they needed a name: Rocky tells me this came from flipping through countless pages of an unabridged dictionary until the name “Merkin” jumped out at the band; Rod conveys quite a different story; the name was derived from an obscure offbeat movie,"Can Huronyomous Merkin Succeed with Mercy Hump ?".

As in the case in any developing band, someone's parents house became the rehearsal hall for the band; in this instance it was Doug's living room. Despite all the antics that teenagers would go through (like a friend sticking his head in the bass drum to hear better), it wasn't long before they realized playing original music was much more exciting than copying the popular songs of the day. It was soon after this that their high school friend Rod Olsen assumed the part of manager, getting them jobs at the local schools, colleges, bowling alleys, etc. He also got the band more structured by providing them business cards, posters, flyers, promo tapes, and all the other things to promote a band.

It was obvious as things progressed that Ralph was the consummate entertainer. As lead vocalist, he became the conduit between the band and the audience. His rapport with the audience was outstanding and engaging. He had an uncanny ability to entertain(and shocking with the ad lib song about Mary Ellen walking under a bridge at a Halloween dance). Ralph would swing the mic over his head wildly never losing control.One time he had himself auctioned off as a door prize and dressed up inside a wrapped box wearing leotards and big lips!!

In 1970, Al was replaced by Kent's twin brother Gary to continue on as their drummer and Doug was replaced by Robert Barney as their lead guitarist. They then added a sixth member, Richard Leavitt, on keyboards through a want ad. Merkin was now emerging with a new and fuller sound, and the close bond between the Balog twins gave them a stronger foundation. It was becoming evident that Robert, though youngest & smallest, was the best musician and Richard had been trained as a classical pianist. It was at this time the bonus and previously unreleased tracks "Maybe Someday" and "Cry On My Shoulder" were recorded at Brigham Young University Recording Operations Department on a 4 Track system.

By 1971,Rod felt it was time to get them more exposure, and soon after embarked on a project to record them live, and send out tapes to potential producers and record companies. In late January that year, they were contacted by gay Young of Kommittee Productions and were on their way to Los Angeles for a recording session at Walden Sound Recorders in Redondo Beach. It was an exciting experience tor them; all the instruments, recording gear, and talented engineers, etc. Rocky recalls an engineer by the name of Rolf who did an outstanding job on special effects. The sessions were completed in just 4 days and the band did their best to minimize the drug intake. The first documented airing of the LP came soon after in San Francisco. Sundaze Music arranged a tour of Colorado which included stops in Vail,and Leadville.

New Year's Eve 1972 was the crowning moment of their trip;20 below outside, bikers, local, tourists, and even a few friends from Utah showed up-the place was packed! Rocky thinks someone may have slipped something into the kegs of beer, as everyone was dancing wildly and the girls were climbing onstage to dance with the band. The band returned to Utah and began playing the ski areas (Snowbird), local colleges and clubs. In February 1973 the Merkin Manor album was finally released. When the band reviewed the song writing credits, it became apparent that the other members were upset that Rocky was solely given this credit.

To this day, Rocky believes he did nothing wrong; he had written the lyrics and melodies but never intended the other members to be left out. However the band's feelings were could not be changed, and Rocky was asked to leave the band. Rocky's pending prediction of this sentiment can be heard on Track 9 "We're all here together., through all this bad weather". The band played on for a few years under the name Merkin but broke up in 1974. Ralph, Kent and Gary started a new band, Robert started his own group. Rocky went back to school, Robert returned to the church, and Rod became a ski bum at a local ski resort. The final track on this record, "A Father's Song" was written by Rocky during the recording sessions but not included on the LP. Rocky recorded this in 1983 with "The Rocky Baum Project". It is a stunning recollection of his relationship with his father. Rocky put it very eloquently "A Father's Song" exemplifies some of the emotions that arose between fathers and their hippie sons during that very difficult time of social realignment.(i.e., long hair, loud music, differing political views, and recreational drugs).
Email ThisBlogThis!Share to TwitterShare to FacebookShare to Pinterest