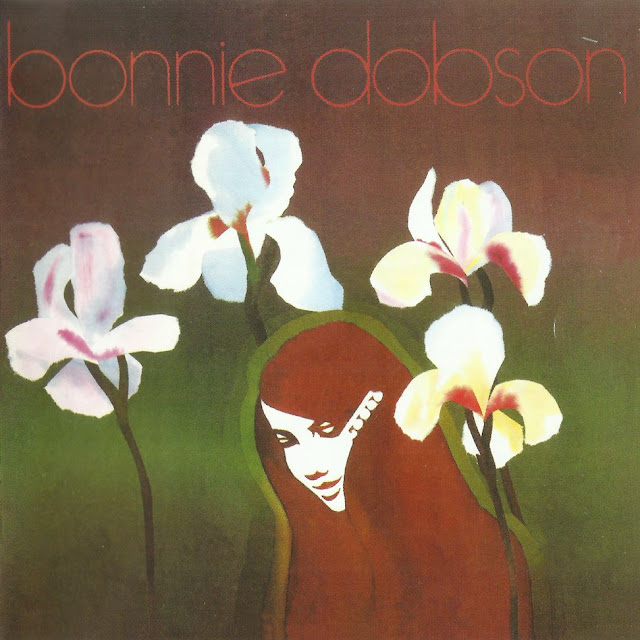 Bonnie Dobson Had already acquired legendary; status by the time she recorded this, her eponymous album in 1969. In the ten years since she wrote it, her song "Morning Dew" had long taken on a life of its own and flown far beyond the cafes of Greenwich Village, where the era's emergent troubadours turned out to see her play. Joan Baez may have taken inspiration from Bob Dylan; but Dylan dug Dobson the flame-haired Canuck who had toured with Sonny Terry & Brownie McGee. He even turned out to see her at Gerde's Folk City, using her arrangement of "The Ballad Of Peter Amberly" for his own "Ballad Of Donald White". Fred Neil unleashed his wild fret board mercury on "Morning Dew", in the process creating an arrangement that Tim Rose took and turned into his signature song. By the time Dobson got around to putting this collection of songs together, The Grateful Dead had also recorded "Morning Dew" for their debut album.

It made sense for her to reclaim it. Hence the appearance of Dobson's most famous tune, re recorded for her first album in five years, with Ben McPeek's elegant strings rising with the threat of imminent devastation. "When I saw a film called On The Beach," she said, explaining the song's genesis, "it made a tremendous impression on me, particularly at that time because everyone was very worried about the bomb and whether we were going to get through the next ten years. I was singing in Los Angeles and staying with a girl named Joyce. She went to bed or something and I just say and suddenly I just started writing this song. I had never written anything in my life. Really it was a kind of re-enactment of that film in a way where at the end, there is nobody left and it was a conversation between these two people trying to explain what's happening."

Reconfigured by producer Jack Richardson for a world in which folk had forged myriad tributaries into pop and rock, Bonnie Dobson never sounded better than she does here. In what amounted to a soft-rock setting, her new songs held their own magnificently. "Rainy Windows" is a pensive itinerant's paean to heartbreak in the windy city: "Chicago seen through rainy windows/Always makes me wanna cry." "I'm Your Woman" ventures more emotional uncertainty before giving way to a baroque pop sunburst. Less than twenty seconds into "Winter's Going", a sitar serves notice of its arrival with soft, strident chords of portent. Dobson steers a straight course through her own paean to the decay of nature and, with it, romance while the inspired arrangement envelopes her It isn't difficult to see why RCA saw manifold pop possibilities in Dobson's return. Her cut-glass tones made the sort of sublime sense that calls to mind similar practitioners of the art: Eclection's Kerrilee Male, The Sunshine Company's Mary Nance.

In terms of releasing a single from the album, "I Got Stung" picked itself. Framed by tumbling drums, bonkers strings and dive-bar piano, this potent dose of woman scorned was none the worse for its passing resemblance to "He Quit Me", the song written by a then-unknown Warren Zevon and sung by Leslie Miller for the Midnight Cowboy soundtrack. Also featured on that soundtrack, of course, was Nilsson's "Everybody's Talkin'" a song Dobson would have known through her association with its writer Fred Neil. Thanks to its bustling rhythmic clatter, her version on the song here has long been a bona fide "results" record for clued-up DJs. If "Morning Dew" instantly established Dobson as a songwriter, it does no harm to reiterate her credentials as a fine interpreter of other people's material. Her version of Jackson C Frank's "You Never Wanted Me" radiates warm empathy. No less arresting are Dobson's versions of J P Bourtavie and Hal Shape's "Time", the sort of fragrant pop chanson that loaf-haired lovelies of the French-speaking countries used to sing on '60s Eurovision Song Contests. Better still is Gilles Vigneault's "Pendant Que", an exquisite study in autumnal sadness piloted from floral harpsichord intro to sitar freakout in exactly three minutes.

Thirty-seven years on, Dobson's own ambivalent feelings towards the album may be informed by the fact that, ultimately these songs, offered no new commercial dawn for her. Of Richardson's opulent production, she says, "I suppose that's what I wanted [at the time]". But by the time Bonnie Dobson made its way into the world, the pop climate was already getting hostile to soft rock, no matter what the pedigree of its creator. Dobson herself raised her kids and settled down in London where she became head administrator in the Philosophy department at the University Of London's Birkbeck College. Thanks to that one song, her place in the corpus of popular music is assured. Bonnie Dobson gives you eleven more reasons to keep her name alive.