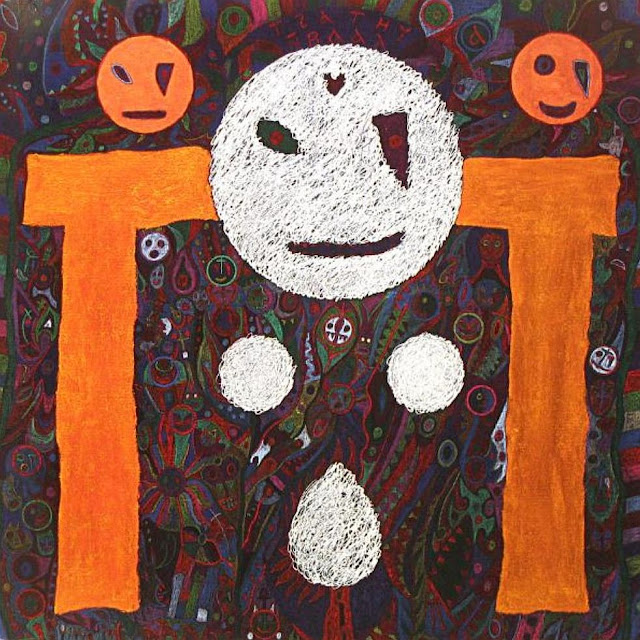 Current 93 is a longstanding project of musician and artist David Michael Bunting (also known as David Tibet, or simply Tibet), a loose collective who record and perform an eclectic brand of music that has roots in folk but employs sounds that range from metal to post-rock to industrial to neofolk, with nuanced sounds that encompass everything in between. Founder member David Tibet has been the only constant presence in the band since their inception and his lyrical themes and subject matter encompass a wide variety of esoteric interests including: Christian eschatology, Aleister Crowley (from whom he took the band's name), Christian mysticism, Tibetan Buddhism, the iconography of the swastika and various occult left hand path traditions.

The group's direction is primarily guided by Tibet, but the group has close ties to many other groups including the avant band Nurse With Wound (Steven Stapleton has recorded and toured extensively with both bands), as well as Death In June, whose leader Douglas Pearce regularly appears with band. Other bands associated with the group include Sol Invictus, Coil, Crass, Höh and Fire And Ice. Tibet's prolific body of work has attracted significant attention from musicians of all genres over the years, and the band's album include appearances from an very broad range of artists from the folk singer Shirley Collins to Nick Cave to Marc Almond to the porn star Sasha Grey.

"Baalstorm, Sing Omega" is the 3rd in a series of albums by Current 93 and the only original member, David Tibet. The series deal with Tibet's revelations. Where many of Current 93's albums seem to have been adding more electric guitar, this album strips things back to the basics using more folk style instruments and sounds that are influenced by Middle Eastern sounds. Even with a more stripped back sound though, this album is still very dark and apocalyptic. "I Dreamt I Was Aeon" starts of with a piano solo and a dreamy organ starts swirling around. Tibet's chanting/singing vocals have a mysterious air to them. Strings soon join in, replacing the piano, violin and cello. The vocals can be a little annoying if you aren't used to them, especially when they aren't covered up by other layers of sound. They will grow on you, and seem very appropriate to the style of music. The feel and sound of the track remains consistent throughout.

"With Flowers in the Garden of Fires" introduces percussion, ord and a middle eastern flair. For the most part, the vocal melody consists of two notes with a little bit of variation, and continues that chanting/singing combination. "December 1971" is driven by the strings with Tibet's more gravelly vocals. Throughout the tracks, you will have noticed a child's sing-song voice in the background appearing from time to time. The vocals are quite expressive here, and in this case, have an avant-prog style to them, as the vocal melody acts as a dissonant counterpoint to the stings accompaniment. Tibet's voice is becoming more of a singing/speaking tone as he narrates in "Baalstorm! Baalstorm!" The melody here is more of a improvisation utilizing notes to express and emphasize words. This is all accompanied by a drone and a piano, with some guitar electronic accompaniment providing minimalistic texture. Intensity builds more in Tibet's voice than in the actual accompaniment as he becomes more frantic. The heaviness of the vocals here can make this track a little hard to listen to, but you can also get lost in the lyrics, as they are quite important to this track.

In contrast to this, the next track, "Passenger Aleph in Name" is not frantic, but more peaceful. A glockenspiel calms the overall atmosphere of the album with Tibet in a calmer and more melodic vocal. An acoustic guitar also adds to the melodic sound of this track. "Tanks of Flies" continues with the calm atmosphere invoked from the previous track. Tibet continues with a very melodic track here. The ord is quite apparent in this track and a plucked riff combined by acoustic guitar keeps the feel calm and serene. "The Nudes Lift Shields for War" features the glockenspiel again, and it provides more of a direction for this track. Acoustic guitar also accompanies Tibet's storytelling lyrics. We return to that narrating/singing style again here, with Tibet using inflection and emphasis where needed with higher notes and dynamics in his improvised singing. Intensity builds somewhat here, but the glockenspiel keeps the track anchored. "Night! Death! Storm! Omega!" utilizes a folkish drumming pattern and a more chaotic approach in the vocals, accompanied by the ord. This one is has a distinct mid-east feel. Vocals fade in and out on this one and they are layered with different lyrics providing counterpoint and giving that chaotic feel. Again children's voices shout out in different places.

"I Dance Narcoleptic" is the final track and also the longest track at over 10 minutes. It starts out with spoken vocals by Tibet and electronic textures. This track is very dramatic, with inflection used more than melody and children's voices shouting out throughout. Sounds of waves, storms and etc accompany throughout. Again, we get that Avant-folk feel here as it has a distinct improvised feeling, becoming more frantic and dramatic as the intensity builds as the track continues. Sounds, instruments and textures swirl and increase in volume along with Tibet's expressive narration. It's easy to let yourself get caught up in the intensity of this track. At 5:45, all sounds suddenly drop off and there is mostly silence until the 9 minute mark when the sound of waves fade in and Tibet sings a nice melody accompanied by acoustic guitar and the waves almost drowning him out.

This is a very dramatic and expressive album from Tibet and Co. Yes his narration/singing might be harsh to some people, but it is evident that it is exactly the feeling needed for this album. A good part of the album is far from the traditional rock music experience meaning that it has that authentic folk sound all the way through, but even this varies as Tibet's compositions approach an artsy feel that at times make you think you are listening to avant-folk-prog. The only complaint I have is that there are so many lyrics, that they tend to get tedious after a while, even with the inflection used in Tibet's vocals, and that can make the entire album hard to listen to. But other than that, this is an excellent example of Neo-folk Prog. Just be ready for some interesting moods and textures with this one.