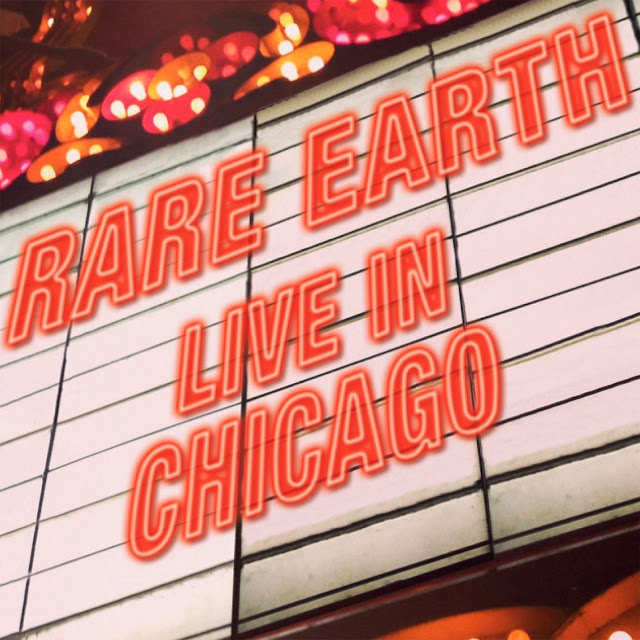 In the early days before they became Rare Earth, two of this legendary band's founding members, Gil Bridges and Pete Rivera, were playing together around Detroit in a band called the Sunliners, a name they took from the car Gil drove at the time, a 1956 Ford Sunliner. They played top forty-style music including many popular Motown hits at their club dates, which led the band inevitably into its trademark, crossover musical terrain halfway between rock and Rhythm'n'Blues. Not long after they changed their name to Rare Earth, their manager's friend convinced Barry Gordy's wife, Margaret, to see the band play live. She loved them, and Rare Earth would become the first band recruited by Motown for its fledgling rock music label that was so new it didn't have a name. Improbably, this groundbreaking imprint took the name of the first act it signed, Rare Earth Records.

Rare Earth had recorded the album "Dreams/Answers" for the Verve label in 1968 and that LP already featured several reinterpretations of soul and R’n’B songs blended with psychedelic rock, including the memorable harpsichordinfused mashup of two Supremes tunes, "Stop / Where Did Our Love Go" and an early version of their breakthrough single, "Get Ready." But when they recorded their first album for Motown their revised take on "Get Ready" had evolved into a solid, 21-minute rocking tour-de-force. The three-minute version of this song that gave the LP its title became a mega hit. "Ecology" was their second release on Rare Earth Records and it featured another Temptations cover, "(i Know) I'm Losing You," which was also a hit, plus the driving, popular single, "Born to Wander." "I Just Want To Celebrate" was a highlight of their next album, "One World", and it became the band's signature dosing number in concerts, as it is on the "Live In Chicago" album. A double LP "Rare Earth In Concert" was released in 1971, followed by "Willie Remembers" comprised of all band composed original songs.

Then Rare Earth teamed up with the legendary Motown producer Norman Whitfield for the studio album "Ma". Whitfield had produced the band's version of "(I Know) I'm Losing You" on "Ecology" and during their studio sessions he would constantly encourage the band to play on and on in ultra-long versions of the classic Motown songs they covered, stretching them out with the extended jams and improvisations that became Rare Earth's calling card. Ma included the song "Big John Is My Name" that is heard in the "Live In Chicago" set.

When Rare Earth decided to put out a second live album they recorded their concert at the Arie Crown Theater in Chicago, a hall where the band had previously performed many times. According to original member, saxophonist and vocalist, Gil Bridges, "We had many loyal fans in Chicago and our Arie Crown Theater shows always sold-out. We always enjoyed a good response from Chicago audiences" The night in 1974 when they recorded "Live In Chicago" is no exception - the crowd sounds ecstatic, even singing along on "I Just Want To Celebrate." But through personnel changes and a long stretch since Rare Earth had a strongselling album, "Live In Chicago" was never released - but finally 40 years later on Culture Factory Records.

Rare Earth continues to tour with two longtime members performing Gil Bridges and Ray Monette. The other members in the current lineup have been with the band for over 20 years. In 2014 - just as 40 years ago in 1974 - there is nothing in the world like the elemental live sound of Rare Earth. "Live In Chicago" is a highly recommended live album by this fantastic band.