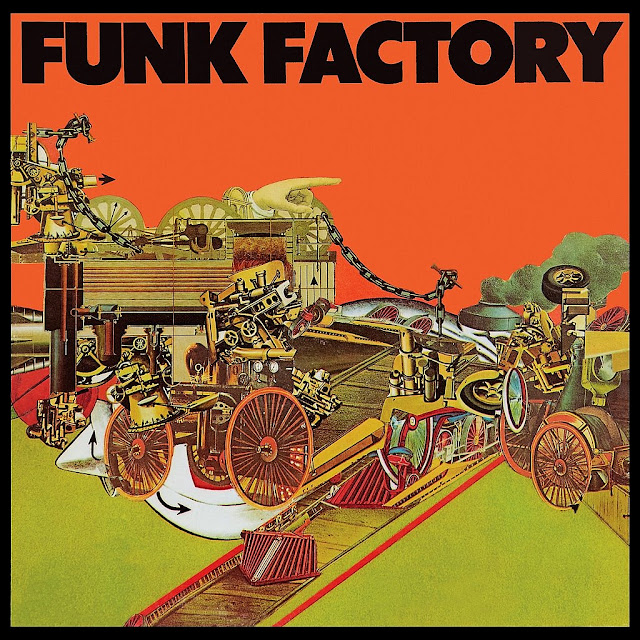 Known for housing a famous Beastie Boys sample, the reissue of this 1975 funk and fusion classic brings peerless Polish and American players together for a groovy, eccentric journey. or Polish jazz great Michael Urbaniak, pinpointing a phase in his career as noteworthy is basically an act of omission. Hone in on his work as a composer, and it overlooks his genre-bending work as a player, particularly a violinist. Play up his time as a bandleader, and you understate his work as a sideman piercing through the gloss of Miles Davis’ electro-dub "Tutu" oddity "Don’t Lose Your Mind". Emphasize his ’70s-and-onward contributions to fusion, and you downplay his role in helping give European jazz its own distinct style, including his time spent in the early ’60s playing saxophone for Krzysztof Komeda’s Quintet. But hailing Urbaniak would also be impossible without mentioning his collaborator and wife Urszula Dudziak, whose voice could go from the most velvety thing you’ve ever heard to a vocal run more warped than any analog synthesizer could make.

Urbaniak and Dudziak’s stretch of albums in the ’70s and early ’80s, especially once they moved from Poland to New York in 1973, remain favorites among the more adventurous jazz heads and beat-diggers haunting the vinyl depths. (Urbaniak’s 1974 "Fusion" and Dudziak’s 1979 "Future Talk" are good places for the uninitiated to start.) But it was an album cut from a one-off LP that captured a particular corner of the music-geek imagination for more than 40 years: "Rien Ne Va Plus" from the self-titled 1975 album by a sextet Urbaniak called Funk Factory, had its reckoning with the canon when the Dust Brothers sampled major chunks of it for Beastie Boys’ "Car Thief". Even separated from that hip-hop context, where it clicked seamlessly with a guitar loop from the Jackson 5’s version of Funkadelic’s "I’ll Bet You", "Rien Ne Va Plus" is a banger, all post-Head Hunters springy synth-bass and Dudziak lending her range to a sweet and untethered performance.

As for the rest of the album, the Soul Jazz label tries to make a case for its place in the Urbaniak/Dudziak discography. 'As Sampled By' can make a record popular, but the rest of the album is far more eccentric than its most notorious cut could hint at. There’s a certain push-pull between the fusion of Urbaniak and his Poland-sourced players, including Bernard Kafka of the Komeda-contemporary vocal ensemble Novi Singers, along with synth player Wlodek Gulgowski and the rotating American session-player rhythm section. Calling that latter contingent a who’s who of studio workhorses is an understatement: Anthony Jackson was at that point best known for the bassline to the O’Jays' "For the Love of Money", Steve Gadd’s other notable circa-1975 gigs include the rhythms for Van McCoy’s "The Hustle" and Paul Simon’s “50 Ways to Leave Your Lover,” Gerry Brown would be the drummer on Stanley Clarke’s electric jazz-bass-redefining "School Days", and Tony Levin would Chapman-Stick his way into prominent roles in Peter Gabriel’s band and the early ’80s post-hiatus King Crimson.

But while the rhythm section holds it down - unobtrusively on ballads like the slightly too saccharine "The Music in Me", or with flare on the uptempo "Horsing Around" and "Sinkin’ Low" - it’s the compositional flourishes of the Polish contingent that both mess with and build on fusion’s more upbeat side. The melodies push songs close to the fusion equivalent of sunshine pop, especially on cuts like "Watusi Dance" and "Next Please" where Dudziak and Kafka trade mostly-wordless voices, at which point they’re subsumed into Urbaniak’s electric violin and Gulgowski’s synths to create some spectacular mutant harmonies.

Funk Factory can stray pretty far into the cheerier excesses of prog-jazz, but in a year where Thundercat can find sincere beauty in Fisher-Price Steely Dan, it’s hardly a dealbreaker. It emphasizes the alluring strangeness of its more experimental moments, like the hallucinogenic haunted-house tour of "Lilliput" or the banshee James Brown vocal riffs on "Horsing Around". "Rien Ne Va Plus" remains the top highlight, every bit the equal as the best cut on any contemporaneous LaBelle album. But Funk Factory is more than just a notch in the belt of Paul’s Boutique - it’s proof that a core of musicians schooled in jazz but culturally steeped in the folk and classical traditions of Eastern Europe could, at least once, put out something that fit well with the crossover sound of the times while being unafraid to dive into freeform weirdness.