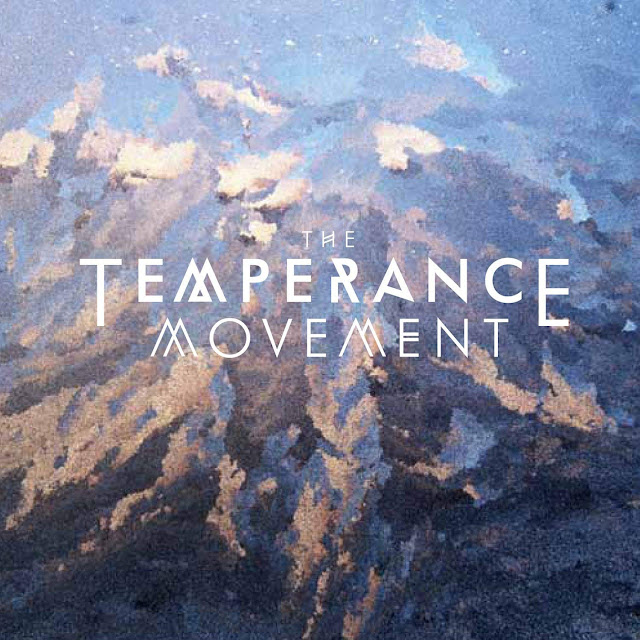 "Pride" sees a much more mellow side of The Temperance Movement. There’s a country rock sound to the track, Just acoustic guitar and meandering bass combine while Phil lays bare his weary soul. He’s loved, but lost. His "Pride" got in the way. Hurt and heartbreak are ever-present as Phil, accompanied by cooing harmonies, realizes what’s he’s lost. "Be Lucky" sits midway between The Rolling Stones, Free, Bad Company and Primal Scream. It’s another strutting slice of classy rock. Enveloped by chugging, riffing guitars and the tightest of rhythm section, Phil’s vocal sounds as if it belongs on a Free album. Here, he sounds not unlike Paul Rodgers. It’s hard to believe Phil comes from Glasgow. He sounds as if he was born just of "Route 66". Oozing confidence and sass, he struts his way through the track, every inch the old school rock'n'roll frontman. Muted guitars open "Midnight Black" while Phil delivers a grizzled vocal. By now, the driving, pounding rhythm section and searing, scorching rocky guitars have become the tightest of units. Phil’s vocal is very much from the school of classic rock. He’s just the latest keeper of the flame of authentic rock'n' roll. This is no one-man band. No. Everyone plays their part. Listen to the duel guitars and thunderous rhythm section. They’re every inch old school rock ‘n’ roll band, on this tale of hurt and heartache.

"Chinese Lanterns" sees The Temperance Movement change tack. There’s an alternative country sound to the track. Think Wilco or The Jayhawks. There’s even a touch of Gram Parsons. Weeping guitars accompany Phil, whose vocal is tinged with regret. It’s late at night, and memories come flooding back. He remembers what he’s lost. She’s moved on, but he hasn’t. Still he holds a candle for her, but realistically, he knows she’s gone and he should move on. That’s easier said than done, on this tale of love lost and a heart broken. Here, Phil paints pictures, pictures that unfold before your eyes. "Know For Sure" returns to the rockier sound. The tempo is dropped and briefly, Phil sounds like Peter Gabriel. Indeed, briefly, "Know For Sure" reminds me slightly of Peter Gabriel’s "Sledgehammer". That’s before it’s transformed into another slice of old school rock. Their duel guitars do battle. They’re not content to unleash the same notes. They play around each other, their playing inventive and dramatic. Then there’s the thunderous rhythm section. It provides the backdrop for Phil, as he revisits his role of rock ‘n’ roll preacher. Later, screaming guitars replace his testifying vocal as struts his way through this reminder of what music once sounded like.

"Morning Riders" sees The Temperance Movement toy with you. Then they unleash some of their trademark scorching guitar licks. Drummer Damon Wilson anchors the band. He provides the heartbeat, while Phil every inch the old school frontman, throws himself into the role. It’s as if this was his destiny. He’s a mixture of Slash, Robert Plant, Paul Rodgers, Brian Johnson and Chris Robinson. As he unleashes one of his best vocals, the band are spurred on to greater heights. Whether it’s playing as a unit, or during solo, this is a vintage performance. Some stunning, screaming guitar solos are unleashed. Then the band become a tight, slick unit who deliver an impassioned, dramatic fusion of blues and rock. "Lovers and Fighters" sees a much more understated side of The Temperance Movement. Just an acoustic guitar accompanies Phil’s tender, husky soulful vocal. Weeping guitars add a country twist as the arrangement begins to reveal its secrets and beauty. Drums provide a pensive backdrop that matches Phil’s vocal. It too, has a melancholy sound. Not only that, but it shows a very different and quite beautiful side to The Temperance Movement’s music. Indeed, this is much more like some of Phil’s work as a solo artist. When the drums count the band in on "Take It Back", you know what’s coming next. The Temperance Movement are about to explode into action. You’re not disappointed. Machine gun drums and rhythm section join boisterous harmonies. They set the scene for Phil’s rasping vocal. Rolls of thunderous drums, searing, crystalline guitars and singalong harmonies play their part in a track whose roots are in seventies glam rock and rock'n'roll. Everything from The New York Dolls, MC5, Iggy and The Stooges, went into the making of the boisterous, strutting "Take It Back".