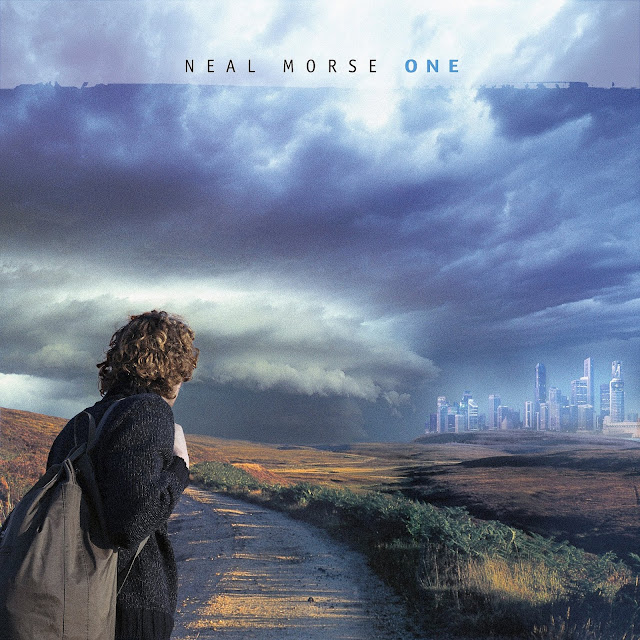 An 80 minute journey into the spiritual creative mind of Neal Morse is always going to be a delight. I had listened to the "One Demos" album before this as it was cheap and easy to obtain. This featured outtakes and demo versions of these tracks that are the finished product. As a consequence I became very used to the demo unfinished versions. It was quite a surprise to finally hear how the songs turned out, not necessarily better, but definitely more polished and complex in terms of musicianship and structure. The album is a masterpiece from the great man that features some of most celebrated material.

It features two colossal epics, "The Creation" and "The Separated Man" that together clock 36 wonderful minutes of heavy to ambient emotionally-charged prog. Both songs are segemented into many sections, in the classic progressive style of a multi movement suite, many songs seamlessly becoming one, and both are in four distinct sections. They are also the best tracks on offer here. "The Separated Man" is my favourite, with some gorgeous keyboard melancholia and some of the most beautiful acoustic guitar from the dextrous hand of Christian guitar legend Phil Keaggy. The songs follow the Biblical account of the fall of man, how he rejected God, the pursuit of God for man to find redemption, and consequently how we became separated by our sin from God, and ultimately how we can be brought back to God through Jesus Christ. Whether one believes in this or not there is no disputing the power of the music and the absolute brilliance of the melodic vocals and awesome musicianship.

Neal Morse plays keyboards, and some guitars, but it is his dominant crystalline vocals that lift this album into the heavens. Randy George is reliable on bass guitar and the power of Mike Portnoy's percussion is flawless. "The Creation" is a tour de force of symphonic orchestration mixed with passages of heavy prog and ambient beauty, depending on the storyline. It is meant to capture the creation of the planet at the hands of God who said "Let There be Light" and man 'received the breath of life' in Genesis. The account of Adam and Eve, and the creation of the Earth, is by no means an original theme to bass an epic on as others have done so before, including early Genesis, The Flower Kings and PFM, but this version must be the most spiritual coming from a true believer. The passion of the vocals and music is unsurpassed; majestic and purely emotional. The music is always bright and uplifting; the keyboard runs, melodies and guitars work well together to create a positive atmosphere. Morse does not hold back with his lyrics about living to "Praise His Name" and utilising Biblical passages paraphrased to suit the music. It ends with the cry of God to Adam 'why are you hiding?' with Morse in his heaviest angry voice. This theme will appeal to the Christian as well as those who simply want to be blown away by incredible music. The lyrics really are uncompromising but it is all Bible based and is quite a mesmirising journey if you allow it to soak through your system. It makes a nice change from all the dark prog that is churned out.

"Author of Confusion" is another passionate composition with very soulful vocals and sweet melodies. It begins with a raucous prog tempo and then settles into beautiful harmonies and Mellotron. This is followed by melancholia and deepest heartfelt vocals with "Cradle to the Grave". I liked the version better on "One Demos" as it follows seamlessly from the wonderful prog instrumental "Mayhem" with heavy riffs and very powerful time sigs, thus balancing it out perfectly into quiet refelction after blazing guitars; like the calm following a tempestuous storm. "Help Me/The Spirit and the Flesh" is a gorgeous spirit filled song, encompassing piano and jazz fills that lifts the spirit up, and the lovely melodies of "Father of Forgiveness" has become a favourite ballad among the fan base. The album ends with the glorious "Reunion" in three parts, making a splendiferous finale. Overall, this is an astonishing conceptual album with some of the all time greatest material from Neal Morse.

"One" is one of those rare cases where the influences are clear, and still it´s very original. Yes, Genesis, Beatles and some Gentle Giant are the obvious sources of inspiration and traits of those groups can be found all over the album. But don´t look for anything explicit, since Neil Morse´s talent ensured that those elements are only part of the formula. The music here is very much Morse´s own version of prog. Nothing overly complex for its own sake, but working for the music. And he proves to be an excelelnt singer, songwriter, keyboarder and guitarrist. And he is helped by equally skilled musicians (Randy George on bass and ex Dream Theater Mike Portnoy on drums, plus a few guests). The results are awesome: the music is a fine example of talent, technique and taste all put together for the best results possible. If some of his stuff sounds simple at first sight, listen to it again. You´ll find very fine subtle parts that make this record something to be enjoyed a little more with every new hearing.