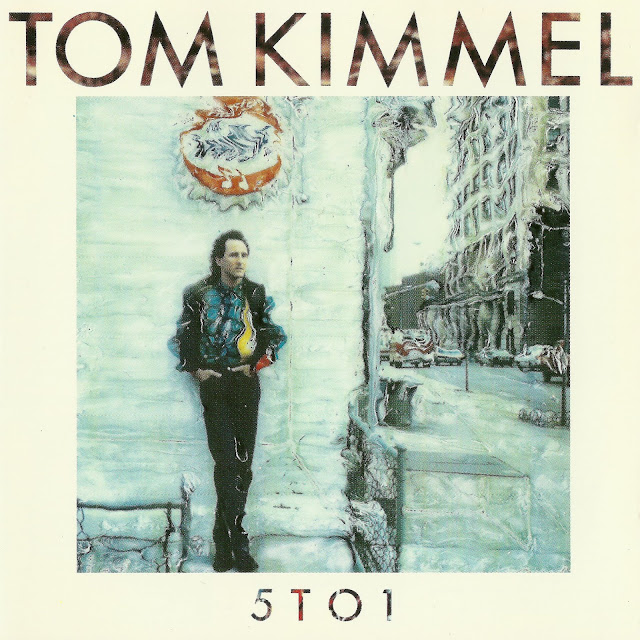 Tom Kimmel (born Thomas Eugene Hobbs II in 1953 in Memphis, Tennessee), is an American singer-songwriter and poet. Tom Kimmel grew up largely in small towns in south Alabama. He attended public schools and graduated from the University of Alabama in 1975. Kimmel is known as a songwriter, and his compositions have been recorded by many popular artists, including Johnny Cash, Waylon Jennings, Linda Ronstadt, Joe Cocker and Randy Travis. His songs have also been featured in television series including Miami Vice, Touched by an Angel and Dawson’s Creek, and in films including Twins, Runaway Bride and Serendipity. "That's Freedom", the lead track on his "5 To 1" album, was co-written by Kimmel and gave him a Billboard Hot 100 hit as a solo artist. The song later became a Top 10 hit for Australian singer John Farnham in late 1990.

Singer, songwriter, entertainer, poet and teacher, Tom Kimmel is all of these things and more. Since 1980 dozens of Tom’s compositions have been recorded by a host of major artists, including Linda Ronstadt, Johnny Cash, Joe Cocker, Art Garfunkel and Randy Travis. They’ve been featured in films from Twins to Serendipity and Runaway Bride, and in television shows from Captain Kangaroo and Touched By An Angel to Dawson’s Creek. An award-winning artist in his own right, he has released seven solo albums, published a book of poems and led songwriting workshops and classes around the country and in Europe. Once an eclectic rock and roller, Tom found his voice as a singer-songwriter while touring with Nanci Griffith in the early 90’s. A New Folk winner at the Kerrville Folk Festival in ’93, he began performing solo, stressing a lean, acoustic approach to his music and bringing a humorous spirit to his poetry and storytelling.

After releasing two critically praised major label albums (in ’87 and ’90), Tom released "Bones" in 1994, his first independent album. It was followed by "Short Stories" in 1999, which featured guest performances by Emmylou Harris, the Fairfield Four, Jerry Douglas and other Nashville luminaries. "Shallow Water" (2002) is a collection of spirit-centered songs and hymns, and "Light of Day" (2004) features bare vocal-guitar tracks recorded in Tom’s home studio. "Never Saw Blue", an anthology of Tom Kimmel songs featured in film and TV, arrived in the fall of 2008. Tom’s most recent projects include well-received albums written and recorded with two trios: The Waymores (2013) (with Don Henry and Sally Barris), and The New Agrarians (2014) (with Kate Campbell and Pierce Pettis). And when schedules allow, Tom still loves performing with his first trio, The Sherpas (with Tom Prasada-Rao and Michael Lille), A self described closet poet until the publication of The Sweetest & the Meanest, in 2006, Tom has been a featured writer at book festivals and writing retreats, and his poems have been published in a number of poetry and literary journals. And for many of his fans the spoken word element in his concerts is as special as his songs. In demand as a songwriting teacher and lecturer, Tom frequently offers workshop instruction tying the creative spirit to the nuts and bolts of composition. Add it all together and you’ll find that Tom Kimmel is definitely all these things and more. He’s a unique artist who continues to write, record, entertain and inspire at the highest levels.

"5 To 1" was Tom Kimmel's first released effort. I scrambled to grab the CD when it first came out after seeing the soul-stirring video for "That's Freedom". I remember being transfixed by the obviously-sincere emotional outpouring of Tom's sugar-coated sandpaper vocals on that number. In an era when glam rock was taking over, it was refreshing to discover a new artist who dared defy the trends and present something more meaningful.
I can't call this his best work (I reserve that for the followup, "Circle Back Home") but there are some real stand-outs on this CD in addition to the truly patriotic "That's Freedom". "Shake" is a valiant anthem to dance, a rocker that ebbs and flows like a whirling gypsy. "A to Z" is the obligatory love ballad that strives to cover the broadest of emotions. "True Love" is a bold, joyful number that'll rattle your rib cage and shake your heart loose. You might have heard the moving ballad "Heroes"; this paen to those who drive and inspire us to better ourselves has been recorded by others, including Southern Pacific. It's one of my personal favorites on the album. "Violet Eyes" is a true gem. I'm at a loss to describe what this powerful number evokes. You really have to hear it. Finally, the title cut is a sobering look at returning home after an extended leave, and discovering rust devouring the shiny things you'd thought were permanently chrome-plated.

The weaker cuts are those I haven't mentioned yet. "Tryin' to Dance" isn't bad; it just doesn't grab me like the others. "On the Defensive" comes across as if Tom had written from personal experience and neglected to self-edit. It should have been reworked or dropped in my opinion. Finally, I get where he's going with the neoLuddite "No Tech", a rebellion against the robotic polyphony that pervaded so many recordings in the 1980s, but it's a filler song. The good news is, Tom's throwaways are better than many artist's keepers so that's something to keep in perspective. If you're lucky enough to find it, buy it. Same goes for his other recordings. If you like Bruce Springsteen, John Cougar Mellencamp, Bob Seger and others who delve into the heart of Americana, you'll love anything by Tom Kimmel.