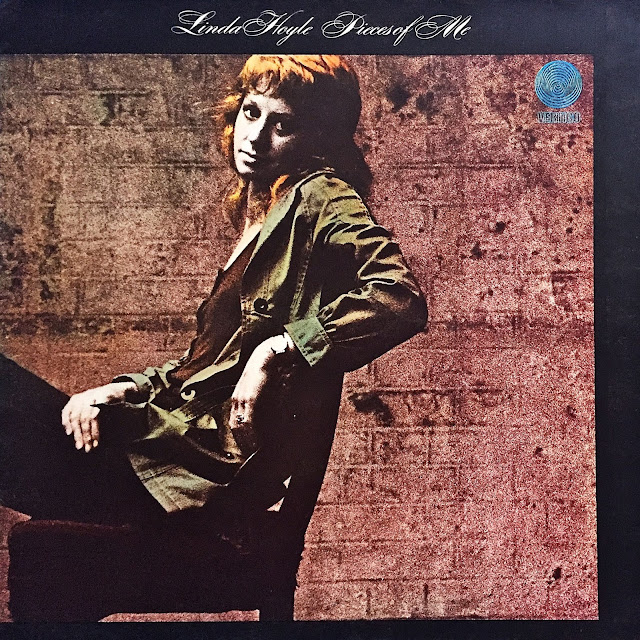 Linda Hoyle (born Linda Hoile in 1946) is a singer, lyricist, writer and art therapist. She grew up in West London, where she attended Chiswick Grammar School. Her first public performance was when she was ten, at St. Peter’s Primary School. She sang "Toot Toot Tootsie Goodbye" as part of a small talent show the school held, and later that same year appeared as the Angel Gabriel in the church nativity play. A fearless stage presence was noted by her teachers. However, her music teacher at Chiswick School wrote in her school report that Linda showed no aptitude for music. At Linda as Lady Macbethsixteen she played Lady Macbeth in the boy’s school production, during which, for a joke, some of the cast nailed her dress train to the floor.  Her entrance was considered a tour de force of Hoile bravado. Her fundamental musical influence was jazz, essentially dictated by the existence of her father’s substantial collection of 78 RPM records, stored carefully in wooden drawers set on roller skates for easy access. She still has two of the original records, both by Louis Armstrong, "Hotter Than That" and "West End Blues". Linda can still sing, note for note, Armstrong’s scat improvisation from the former. Her appreciation for jazz, which she views as America’s gift to the world, has never diminished.

Hoyle family life was a mixture of high-explosive emotion coupled with the expectation of physical toughness. Linda and her younger sister, Wendy, rode out these storms by singing and playing - first ukuleles and later guitars. They built up a catalogue of popular songs, some from as far back as 1900, which they performed, in harmony, to semi appreciative friends and family. In her mid-teens, with a weekend job and teenage friends, rock and roll broke into the house, along with The Everly Brothers, Cliff Richard, Elvis and Eddie Cochran. Sadly, Pat Boone came too, mainly because the entry way was the radio and other people’s records. Money did not flow freely in the Hoile household. However, it was a fairly equal-opportunity home for music, so although her mother’s piano playing was not encouraged much, owing to its general non-swinging nature, it was on the whole a free-for-all musical soup. In later teen years, Eel Pie Island, The Crawdaddy Club and local pubs furnished both of the Hoile sisters with the experience of live, loud, and anarchic music. It turned out to be Linda’s drug of choice.

After finishing at Chiswick School, and turning down a place at Teachers Training College, she spent a year working in Hammersmith Hospital as a lab technician. However, Linda found herself writing poetry while she was in evening classes studying Staining Techniques, consequently underperforming on the exams. Linda with Lynton Naiiff  Accepting that resistance was useless, she enrolled again in Teachers College. Wall Hall was an all women’s institution in the flush of Britain’s renewal. New residences were being built, good meals were provided and generally, with some native wit, exams could be passed. The core of the College was a neo-gothic pile extended and embellished by Pierpoint-Morgan. It lent itself to romance. In 1967 she was introduced to Lynton Naiff, subsequently breaking off a previous engagement to a Sussex student whom she had known at school. She started singing with the Sussex University Jazz Trio where Naiff was the pianist and Mo Foster was on drums. This was the seed group that was to become Affinity in 1968. Linda rejected the teaching job offered to her after finishing college and went on the road with the band.

The years with Affinity (1967-1971) were tough but educational. Managed by Ronnie Scott’s, they were signed with Vertigo, worked as an opening band for jazz legends such as Stan Getz and Horace Silver, lost their equipment to a fire in the Upstairs Room at Ronnie’s club, spent time Affinity Album Coveron the road with Annie Nightingale for her first documentary with the BBC, survived tours of Europe and performed live on radio and television. Their original album, "Affinity" (1970) is now highly collectable and has continued to sell as a CD on the Angel Air label.  Two of the tracks were original compositions by Naiff and Jopp, with Linda writing the lyrics. It was during this time that the misspelling of Linda’s surname, Hoile to Hoyle, passed into general use. This has never been corrected.

In 1970 Linda became the voice of the Shredded Wheat commercial, 'there are two men in my life'. This made her more money than she ever received with the band. She performed it live on the Michael Parkinson show, sharing a dressing room with a rather tipsy Shelley Winters who insisted on arranging Linda’s hair for her performance. Shortly after that albums’ release Linda left the band. Her relationship with Naiff had run its course, and life on the road had become too much. At Ronnie Scott’s suggestion, she started work on a solo album with Karl Jenkins, now Sir Karl. He was then keyboardist for Nucleus and Soft Machine and part of the Scott stable. Working over several months they wrote the majority of the music for "Pieces Of Me", again released by Vertigo Records. This album is now one of the rarest from the label and an original copy sells for over a thousand pounds. Jenkins’ string arrangements for the album, which appear on several tracks, pre-figure his later classical works, for which he is so well known. At the same time that Linda was making "Pieces Of Me" she started a relationship with John ‘Nick’ Nicholas, the original bass player from the University of Sussex Jazz Trio. In 1972 she left for Canada where Nicholas had a teaching position at The University of Western Ontario. They married that year.