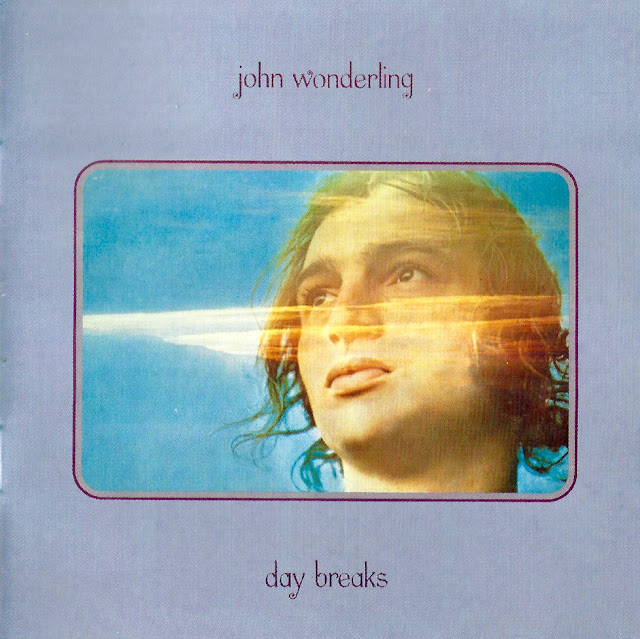 Johnny Wonderling was born in France on February 18th 1945, and moved to Queens, New York, at the age of five. Always a music enthusiast, he began his career at Cameo-Parkway Records in the mid 60s, before finding a job at Alouette, an independent NY music production publishing company best-known for having signed up Quincy Jones, Lesley Gore and Janis Ian, and run by Artie Wayne and Sandy and Kelli Ross, towards the end of 1967. At the same time, he set about writing songs himself. Sadly, Ross barely remembers him: "His name and face are familiar, but I cannot recall how I was involved," she says. "Wish I had more to tell". "I met Johnny when I was a teenager, and it completely changed my life," says Carey Allen Budnick, who first encountered him backstage at a Hullabaloo dance show in Manhattan. '"He was a song plugger, and introduced me to various publishers. He taught himself autoharp, and we began to write songs together, which we sold for $25 to $50 a time. He was a very well-liked guy, a wheeler-deler who knew everyone - I remember him introducing me to Tiny Tim one day".

In April 1968 Wonderling's song "Midway Down" - co-written with Lou Shapiro – was recorded by The Creation in the UK, via his publishing connections, but didn't sell. That June, a song by Wonderling, Budnick (under the alias Allane) and their pal Ed Goldfluss, "Ask The Children", was included on the Cherry People's sole LP. It was also released by The Cowsills on their "Captain Sad & His Ship Of Fools" LP in September - but, for unknown reasons, the writers never saw any royalties. That autumn Wonderling became the first pop artist to sign to Jerry Ragovoy's Loma Records, a subsidiary of Warner Brothers, which had previously devoted itself to Rhythm'n'Blues. On September 11th he recorded his only 45 for the label at Ragovoy's Hit Factory studio in New York. He produced it himself, aided by engineer Bill Szymczyk (who went on to earn immortality with The Eagles and others) and a crack backing band consisting of Hugh McCracken (guitar) Paul Harris (keyboards), Chuck Rainey (bass) and Bernard Purdie (drums). Coupling Wonderling's own rendition of "Midway Down" with "Man Of Straw" (written by him, Budnick and Goldfluss), the disc was issued at the end of the month, both on Loma and Warner Brothers, one pressing for each Coast. 'New artist shows certain savvy about the current market,' hedged Record World in a brief review on October 12th. 'Has a certain sell quality.' Cash Box, meanwhile, raved that a 'Distorted carnival atmosphere gives this track a staying power which will peg it for immediate response. Song is the first pop-flavored release from Loma, and has outstanding appeal for teen and progressive listeners. Should be welcomed by radio spots for exposure that should create a sales explosion.'  In fact, the disc barely made a whimper in the marketplace.

Wonderling therefore became studio manager at the Hit Factory, at a time when Jimi Hendrix, the Stooges, the James Gang and countless others were working there. He hadn't abandoned his own creative ambitions, however. In 1971 his haunting song "Jessica Stone" - co-written with Szymczyk – was recorded by Jimmie Haskell on his eccentric "California '99" LP. The same year, he set about making an album of his own, in collaboration with Szymczyk. Drawing on his many studio contacts, the initial sessions for "Day Breaks" took place at the Hit Factory, and subsequently at Sun West in Los Angeles (after he'd moved from New York to Laurel Canyon, where he lived with his girlfriend Cindy). Few musicians, even superstars, commanded such a roll-call of talent: Aynsley Dunbar, Tim Rose, Jesse Ed Davis, Jim Gordon, Jim Pons, Bernard 'Pretty' Purdie, Chuck Rainey, Hugh McCracken, Paul Harris, Jim Keltner, Danny Kortchmar, Paul Griffin, Gloria Jones and numerous others were all involved. Despite such a large and stellar cast, however, the arrangements are restrained, albeit more layered than it seems at first, with piano, organ, steel guitar, wah wah, backing vocals and more adding subtle texture.

Most of the LP consists of spacey, acoustic guitar-led ballads, sung in Wonderling's appealingly warm, world-weary voice. It opens with the reflective "Long Way Home", referencing a backpacking trip Budnick had made around Europe in the 60s. Next is the beautiful, wistful "Jessica Stone" (co-written with Szymczyk). Its mood is sustained on the reflective "Someone Like You", "M'lady" and "Shadows". Perhaps surprisingly, a faithful re-recording of the eerily psychedelic "Man Of Straw" is included (its B-side, "Midway Down", is absent). "Cowboy Lullaby" is a gentle instrumental; 'Just close your eyes and listen,' instruct the credits. The bouncy "Follow Me" breaks the album's thoughtful mood, but its levity is quickly reined in on the touching closing track, "Reach The Ground", in which Wonderling hopes that his fragile subject will "someday make your way down, without breaking when you finally reach the ground..." 'John was a fascinating fellow and a great guy," says engineer Bruce Alblin, who worked on overdubbing mixing, and editing the LP at Golden West Sound in Hollywood. "He was very much a man of the world - charismatic, sophisticated, smart, and fun to work with in the studio. As well as being a talented musical artist, he was also well-versed in the 'business' side of the music business - a very rare combination."

With the album finally completed, in December 1972 Paramount trailed its release with a radio promo 45, offering mono and stereo mixes of "Shadows", in a picture sleeve. The LP was scheduled to follow in mid- 1973 (judging from its catalogue number, PAS 6063) - but something went awry. The singer-songwriter scene was at its commercial peak, but "Day Breaks" seems not to have been distributed, and was effectively stillborn. Only a handful of copies are known to exist, and no promo material or references to it in the contemporary press (including trade papers) have yet surfaced. It was clearly expensive to make, and was packaged with a custom lyric inner sleeve, so the reason for its evidently tiny pressing size is baffling. "From what I gathered at the time, there was some kind of politics / machinations at the label that delayed and inhibited its release," recalls Ablin. "It was held up quite a I while, and from what I recall, the release was extremely small, 100 or fewer albums total." Wonderling is not known to have performed live, which can't have assisted his prospects as a recording artist, and the album got no traction whatsoever. Ablin, however, was always a fan: "Of all the countless projects I've worked on over the years, "Day Breaks" is one of my favorites, if not my favorite, musically. It's that good.  Truly brilliantly creative and unique. I'm amazed at how well the songs, arrangements and production hold up after all theseyears."

Following its release Wonderling is known to have made numerous demos, only one of which – the melodic "Penelope" - is known to survive, and is included in this set. Despite his considerable abilities, he released no further records under his own name. Instead, he joined Arista Records as'General Professional Manager, East Coast' in February 1978, subsequently becoming their 'Director of Creative Affairs' and 'Publishing Director, East Coast' working with stars such as Aaron Neville, Chaka Khan and Pat Benatar. In 1981 he moved to Sidstan Music Publishing in New York (owned by former Beatles promoter Sid Bernstein and his brother Stan). The following year he played autoharp on John Gale's Music For A New Society, and produced the near-hit 400 Dragons by Adrian John Loveridge. Wonderling and Loveridge also contributed two songs to the March 1982 debut album by Laura Branigan, "Branigan", which reached #34 on the Billboard chart, making it easily the most commercially successful recording of his career. Unfortunately, both Loveridge and Branigan died before their time. Wonderling subsequently set up his own music production and publishing company, Myth America, from the  barn he called home in Woodstock, notably overseeing the 1990 album 4 Creole Christmas, for which he produced tracks by artists including Aaron Neville and Irma Thomas. He also collaborated closely with the composer Keith 'Plex' Barnhart on advertising jingles for Macy's and others, which became his main source of income for the remainder of his life.

Latterly he was involved with The Woodstock Youth Theater, and acted as musical director for The Woodstock Century, an ambitious production mounted at the Woodstock Playhouse in June 2002. His last public statement seems to have been made that October, when he joined a protest against the invasion of Iraq in Woodstock. "The powers that be are the ones pulling all the strings," he told the New York Times. "You've got to keep going and eventually us gentler people maybe will be heard." He succumbed to a heart attack in Amsterdam on September 17th 2003, whilst honeymooning with his third wife, and may well have taken the full story behind the mysterious "Day Breaks" with him. "I'm really thrilled to see that it's available at last," concludes Ablin. "For many years after John and I worked together, the only way that I could listen to the record was via my reference cassette from the master tape. But great music, and all great art, has a way of eventually being acknowledged." For now, the last word goes to Wonderling's daughter Jenny, after whom he named his Sweet Jenny Music publishing company: "He was a wonderful man, deeply passionate, with a laugh, naughty wit, intelligence and warmth that was rare. I really miss him".