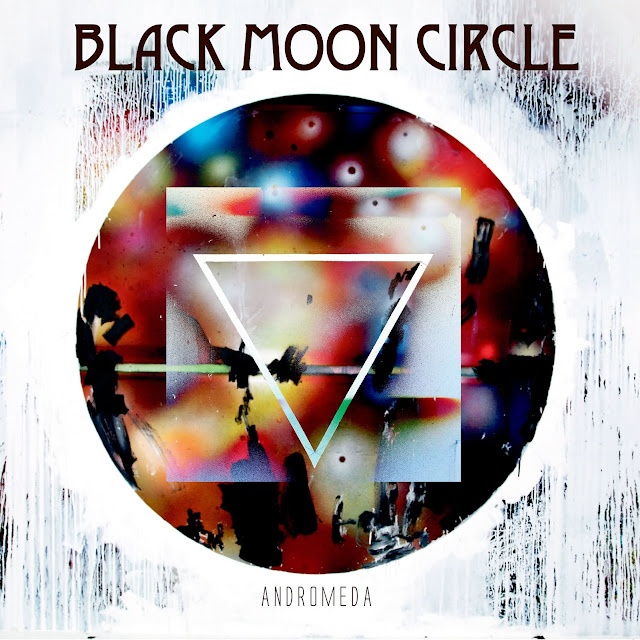 Norway has one of the most vibrant music scenes in Europe. Some of the best new music I’ve heard during 2014, has come from Norwegian bands and artists. This includes Motorpsycho, Moster!, Supersilent, Moskus, 1982, Space Monkey, Bly De Blyant, Stein Urheim, Cakewalk and Krokofant. These artists are among the most talented groups and artists in the Nordic music scene. However, new names are emerging all the time. This includes Black Moon Circle. Black Moon Circle are a Norwegian space rock band. They were formed back in 2012, by brothers Øyvin Engan and Vemund Engan in 2012. Øyvin plays bass, guitar and takes charge of vocals. His brother Vemund is a guitarist. Both brothers used to play in the Trondheim-based punk rock band The Reilly Express. That was the past. Now, the Engan brothers are two thirds of Black Moon Circle. All they needed was a drummer. Completing Black Moon Circle’s lineup was drummer, Per Andreas Gulbrandsen on drums. He was the final piece of the jigsaw. Now Black Moon Circle could set about honing their sound.

Opening "Andromeda", is "The Machine On The Hill". Per Andreas Gulbrandsen’s drums set the scene for the Engan brothers. A guitar reverberates and a buzzing bass enters. Effects are unleashed. What sounds like a howling wind, accompanies Øyvin’s pensive vocal. Meanwhile, sci-fi sounds and feedback are unleashed. Then Black Moon Circle become one. Vemund and Per join Øyvin on vocals, as they showcase their unique version of space rock. It’s akin to a wall of sound. That’s not all. What follows is a glorious melange of classic rock, heavy metal, space rock, psychedelia and futuristic, sci-fi sounds. There’s even a nod to Hawkwind. For nine minutes, Black Moon Circle unleash blistering, searing guitar licks. Literally, they go toe-to-toe. They’re laden with effects, while the rest of the rhythm section become a two man powerhouse. It’s a glorious combination, and the perfect showcase for space rock pioneers Black Moon Circle, in full flight.

A pounding, thunderous rhythm section create a slow, dramatic introduction to "Jack’s Cold Sweat". This is the perfect backdrop for Øyvin’s vocal. It starts off slow and moody, growing in power and presence. Per and Vemund add harmonies, as guitars soar above the arrangement, drums pound and the buzzing bass makes its presence felt. Black Moon Circle, are at their best when they kick loose. In full flight, Black Moon Circle are a tight, talented group. They kick out the jams and lock into a groove. Trading licks, the Engan brothers drive each other to greater heights. This is what music used to sound like, back in the days of Led Zeppelin, Black Sabbath and Deep Purple. Music like this, will never die. Not with groups like Motorpsycho, Moster! and Black Moon Circle fly the flag for the golden age of rock. For that, I’m truly grateful. Music’s future is in safe hands. "Supernova" has a moody, ominous sound. The arrangement unfolds in waves. Its dark sound buzzes. Drums and a crystalline guitar play. Along with Øyvin’s wistful vocal, they’re responsible for a sound that’s reminiscent of Pink Floyd. Effects are added to the arrangement. As a result, it frames Øyvin’s vocal. It’s the perfect foil for a vocal that’s full of sadness and melancholy. Tinged with regret and emotion, Øyvin delivers the vocal like he’s lived the lyrics. The rest of Black Moon Circle play their part in what’s without doubt the highlight of "Andromeda".

Just a lone guitar opens "Dragon". Having set the scene, Øyvin’s husky, dramatic vocal enters. Soon, the rest of Black Moon Circle enter. The rhythm section provide the heartbeat, while a myriad of effects are added. A wind blows, the arrangement bubbles and futuristic, sci-fi sounds emerge from the arrangement. Mostly, though it’s Øyvin’s that grabs your attention. Everything else is playing a supporting role. Only when the vocal briefly drops out, do the rest of Black Moon Circle showcase their considerable talents. Then Black Moon Circle kick loose, and searing, howling, braying guitars join the driving, churning rhythm section on this nine minute Magnus Opus, where we hear two sides of the hugely talented Black Moon Circle. The title-track "Andromeda" closes Black Moon Circle’s second album. It’s another epic track, lasting fifteen magnificent minutes. At the start, it’s just Øyvin’s thoughtful, powerful vocal. He’s joined by the rhythm section. Straight away, they make their presence felt. So do the searing, choppy, shimmering guitars. Always, though, they leave space for the heartfelt, dramatic vocal. When the vocal drops out, Black Moon Circle get the opportunity to stretch their legs. Slowly, and purposely, they play. Choppy guitars reverberate, a buzzy bass howls and pulsates. All the time, drums provide the heartbeat. Guitars steal the show. Howling, searing and blistering machine gun licks are unleashed, as Black Moon Circle lock into a groove. The result is a mesmeric, hypnotic and dramatic rock epic, where Black Moon Circle join the Norway’s musical elite.

"Andromeda" is an old school album. It features five tracks lasting forty-five minutes. This is how albums used to be, back in the days of classic rock. Back then, Led Zeppelin, Black Sabbath and Deep Purple were kings. Albums were very different. They weren’t sprawling, unfocused affairs featuring eighteen tracks. No. Instead, they featured between seven and ten tracks. These tracks featured on albums made of vinyl. That’s the way Black Moon Circle do things. Black Moon Circle remind me of their fellow countrymen, Motorpsycho and Moster!, two other pioneering Norwegian groups. The latest name to be added this list of Norwegian musical pioneers, are Black Moon Circle. It’s no exaggeration to say, that Black Moon Circle, are one of the most exciting, talented and pioneering Norwegian groups. They’re flying the flag proudly for classic rock and space rock. This is the case on Black Moon Circle’s latest album "Andromeda", which features a coming of age from the multitalented Norwegian power trio.