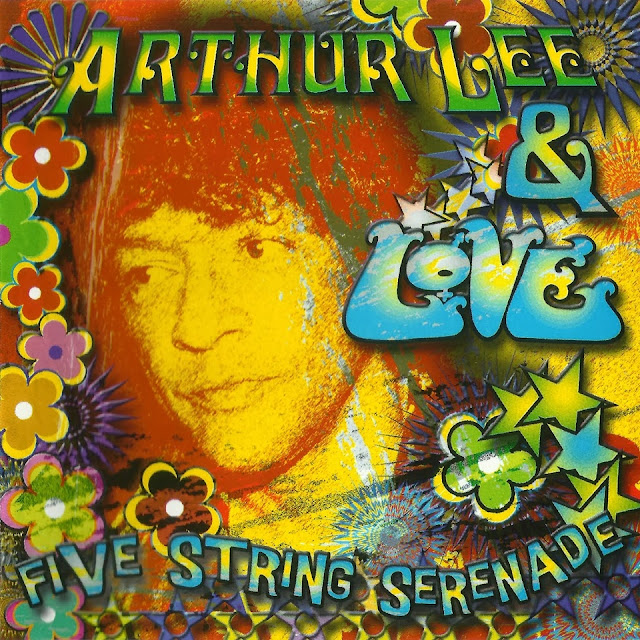 Arthur Lee was born in Memphis, Tennessee, on March 7, 1945 in John Gaston Hospital, to Agnes (née Porter), a school teacher, and Chester Taylor, a local jazz musician and cornet player. As an only child, Lee was known by the nickname "Po", short for Porter, and was looked after by additional family members so his mother could proceed her teaching career. With his father being his first connection with a musician, Lee was fascinated by music at young age. He would sing and hum along to blues musicians such as Howlin' Wolf and Muddy Waters on the radio. At the age of four, Lee made his debut on the stage at a Baptist church, reciting a small poem about a red telephone. In the early 1950s, his parents separated as his father "refused or neglected to provide for her", the divorce petition states. Lee only remembered seeing his father three times during his entire life. Subsequently, Lee and his mother packed their things and took a train to California, while his father was at work. Lee and his mother resided in Los Angeles permanently in 1952. In 1953, their divorce was granted and his mother married Clinton Lee, a successful construction worker, on April 23, 1955. Lee was formally adopted by Clinton Lee on June 6, 1960, legally acquiring his surname, after filing for an adoption notice in 1958. His mother was able to resume her teaching career, enabling the family to buy a new home in the West Adams area of South Central Los Angeles. Attending the same schools as Lee, the neighbourhood was also home to Johnny Echols, who would later be the lead guitarist for Love.

Lee attended Sixth Avenue Elementary School and excelled in athletics but was behind academically. Being known as "the toughest kid in the neighborhood", Lee was pressured into succeeding in school by his great aunt, a former school principal, but showed interest in sports, music, reading, and animals. Lee later attended Mount Vernon Junior High, where his interest in music would soon outweigh his focus on sports. Lee's first musical instrument was the accordion, which he took lessons in from a teacher. He adapted to reading music and developed a good ear and natural musical intelligence. While he was never formally taught about musical theory and composition, he was able to mimic musicians from records and compose his own songs. Eventually, he persuaded his parents to buy him an organ and harmonica. Graduating from Susan Miller Dorsey High School, Lee’s musical ambitions found opportunities between his local community and classmates. As opposed to attending a college under a sports scholarship, he strived for a musical career. His plan of forming a band was under the influence of Johnny Echols, after seeing him perform "Johnny B. Goode" with a five-piece band at a school assembly.

In July 1972, Lee released his first solo album, Vindicator, on A&M Records, featuring a new group of musicians also playing as the band Love. At one point in time they would use the name Bandaid, a name originally suggested by Jimi Hendrix for a briefly considered lineup of himself, Lee, and Steve Winwood. This album failed to chart. Lee recorded a second solo album in 1973 entitled Black Beauty for Buffalo Records, but the label folded before the album was released. Lee contributed the title track to the 1974 blaxploitation film Thomasine & Bushrod. Lee's next move was to credit the backing group for Black Beauty with the addition of guitarist John Sterling as a new Love for Reel to Real (1974). Once again, the album went nearly unnoticed. A new Lee solo album, called just Arthur Lee, appeared on Rhino Records in 1981, featuring covers of The Bobbettes' "Mr. Lee" and Jimmy Cliff's "Many Rivers to Cross" and musicians Sterling (guitar), George Suranovich (drums), and Kim Kesterson (bass), as well as some of the members from "Reel to Real".

Throughout the 1970s and 1980s, there were various attempts to reunite the original Love lineup. At the suggestion of guitarist John Sterling who first joined Arthur for Reel To Real, one such show from the Whisky in October 1978 was recorded by Sterling on cassette. It featuring Lee and Bryan MacLean with Sterling (guitar), George Suranovich (drums), and Kim Kesterson (bass), and was released on Rhino as a live album picture disc entitled Love Live (1980) on Rhino Records. In 1982, MCA released Studio/Live, which was a collection of tracks from the early 1970s incarnation of Love coordinated by rock lawyer/journalist Stann Findelle, including never before heard tracks recorded from Bill Graham's Fillmore East. Apart from the Studio/Live package on MCA, the 1980s were a mostly fallow period for Lee. According to him: "I was gone for a decade. I went back to my old neighborhood to take care of my father, who was dying of cancer. I was tired of signing autographs. I was tired of being BS'd out of my money...I just got tired." Alice Cooper did record a cover version of Lee's "7 and 7 Is" on a 1981 album, Special Forces.

Lee did not re-emerge until 1992, with a new album entitled Arthur Lee & Love (Five String Serenade) on the French New Rose label. The title track, "Five String Serenade", was later recorded by Mazzy Star and Jack White of The White Stripes. The album also featured a new artist he discovered from San Francisco, Keith Farrish aka Demian X Diamond. He performed live around this time in Paris, London, and Liverpool. In 1993 he played shows in New York and England. The following year he released a 45rpm single, "Girl on Fire" backed with "Midnight Sun", on Distortions Records. He began to tour regularly with a backup band comprising former members of Das Damen, and LA group Baby Lemonade. In 1995, Rhino Records released the compilation Love Story, a two-disc set with extensive liner notes which chronicled the period 1966–1972, and reignited interest in the band. In fact, the original Love planned to reform and tour in promotion of the compilation, but Arthur's legal troubles prevented this.

Originally issued in 1992 by New Rose Records as Arthur Lee And Love under the title "Arthur Lee And Love" was this "Five String Serenade" a welcomed gem of one of the greatest singer/songwiters of the hippie aera. I've always got a song in my back pocket," Arthur Lee told me when I interviewed him in the early '70s, somewhere about the time his RSO album, Reel to Real, was about to be released. Indeed, for a legendry cult artist whose mood swings and erratic behaviors seemed to work at cross-purposes with the delicate arrangements and melodies of his best work (though his forays into Hendrix-influenced hard rock shouldn't be discounted), his discography is extensive and intriguing in its twistings and turn-turn-turnings. Influenced by the Byrds (whose former road manager, Bryan Maclean, became his most important sidekick in Love), Lee had been an organ player in the Booker T. mold with his first instrumental band, the L.A.G.'s; but when long-haired musicians started infiltrating the Sunset Strip, he donned a pair of weirdly-shaped sunglasses, stepped out front vocally, and landed a deal with Elektra Records — one of their first non-folk signings.

Love's first three albums with the label are classic examples of going-for-baroque: reinterpreting Burt Bacharach ("My Little Red Book") and Billy Roberts ("Hey Joe") in the guise of jingle-jangle folk-rock, taking on the Stones with an 18-minute track in "Da Capo," and practically templating garage-rock's drag-strip acceleration with "7 & 7 Is." Their third album, Forever Changes, orchestrated and flamenco'ed and filled with rhyme-of-consciousness lyricism, is one of rock's most star-crossed accomplishments; the last sight I had of Arthur Lee, on a stage in Williamsburg a year or so before his untimely passing, was performing that work with all its tremulous quaver intact. Love hardly ventured forth from LA during their glory era, and so it was doubly gratifying to hear Arthur sing himself across the years.

Some of those years were spent in prison, stretches seemingly self-destructed by Lee's short temper and paranoia. Judging from Five String Serenade, they were creatively lost to us as well. This was the last major album Arthur made before taking a called third strike and finishing out the century behind bars for waving a gun about in public. Recorded in Los Angeles in 1992, released on the French New Rose label the following year, it contains some of Lee's most affecting work, from the minuet stateliness and melancholy of the title track — which has been covered by Mazzy Star and the White Stripes — to such full-out rockers as "Seventeen," which attempts to overtake "7 & 7 Is" on the straightaways ("7" can't be beat, fueled as it is by nuclear power).

"Somebody's Watching You" frames Lee's look over his shoulder in a setting that's two steps down the Strip from the Seeds; "Pass By" is blues in the Jimi 12-barroom mode, reminding of Lee and Hendrix crossing paths as black men in a white psychedelic garage scene. "You're the Prettiest Song" is the prettiest song, without the barbed hook Arthur usually planted in the second verse. His voice, like a lithe Sam Cooke or Johnny Mathis, slides from the back of his throat in slight vibrato. Finally released from jail after seven years, reunited with Baby Lemonade, he returned to the fore and gave rapturously-received renditions of his body of work before he passed on in August of 2006. He was no stranger to comebacks. "I never went away," he told me when we met. And still hasn't.