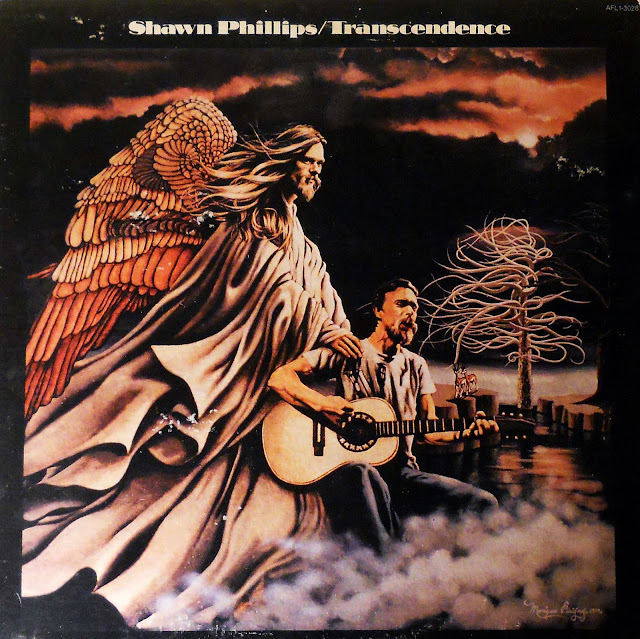 Dubbed "the best kept secret in the music business" by the late rock musician Bill Graham, Shawn Phillips' music is as wide as his more-than-4-octave vocal range. Praised for his unusual musical style and full use of the English language, Phillips defies all conventions of popular music. He has composed some of the most intense and thought-provoking music in the business, yet has achieved only a small, but devoted following, and yet, remains devoted to composing, no matter how few hear his wonderful music. Shawn Phillips was born 3 February 1943 in Fort Worth, Texas, the son of spy novelist/poet James Atlee Phillips.

His first introduction to music was sitting under the piano while his mother played "Malaguena". He first picked up the guitar at the age of 7. He and his family traveled all around the world living in many varied places, such as Tahiti, and Shawn absorbed the music of wherever he was. He moved back to Texas in his teens, briefly joined the Navy at the age of 16, moved back to Texas and then to California in the early 1960s, immersing himself in the folk music scene. Looking for a change, he moved to England where he recorded two albums for Columbia's Lansdowne Series, "I'm A Loner" (1965) and "Shawn" (1966). While in England Shawn met folk musician Donovan Leitch, and played guitar on Donovan's 1965 Pye album "Fairy Tale", which included the Shawn Phillips composition "Little Tin Soldier". Later he got into trouble with the media when he claimed to have co-written many of the songs on Donovan's 1966 album "Sunshine Superman".

He was eventually thrown out of England for playing without a work permit. He lived briefly in Paris, then moved to Italy. He then went back to London in the year of 1968 with the idea of releasing not a 3-record album, but a collection of 3 separate albums released at the same time. He was rejected at every turn since none were willing to take on such a vast undertaking for such an unknown musician, that is until he met producer Jonathan Weston at A&M Records, who agreed to sign him under the condition that his 3 albums be released separately instead of at the same time. Reluctantly, Phillips agreed and signed on. In 1970, "Contribution" was released, followed by 1971's "Second Contribution", considered by many critics to be his crowning achievement, and was the record that brought most attention to him from music critics and the media alike, though by popular standards, it was not close to what other popular artists at the time were receiving. Subsequent albums under A&M were released: 1971's "Collaboration" 1972's "Faces", 1973's "Bright White", 1974's "Futhermore", 1975's "Do You Wonder", 1976's "Rumpelstiltskin's Resolve" and 1977's "Spaced". Then, A&M dropped him, citing poor album sales.

He was picked up by RCA in 1978 and released the album "Transcendence" under the label. He was given $100,000 to make the album and he spent $95,000 of it. Despite the fact that 7 of the 9 songs on the album had full orchestral arrangements, the entire album was recorded in an astounding 20 days, from the first day of walking into the studio to the day the master discs got shipped. What can there be to be ashamed of? For it's a strong set, a stylish classical-oriented AOR opus with plenty of accomplished writing and playing, fulsome and capable orchestral arrangements. Naturally, it's dated, in the good prog-rock sense, and some of its gestures might now seem overblown, but Shawn's vision is consistent and often more fascinatingly all-embracing than he's given credit for. There's much contrast here, with outright rock (I'm An American Child) set unashamedly alongside affectionate country-tinged romancer Good Evening Madam, massive orchestral driving funk (Julia's Letters), classical pretensions that wouldn't have sounded out of place on Future-Passed Moodies (the beautiful, lush pastel of Implications), florid orchestral chanson (Lament Pour L'Enfant Mort) and delicate pastoral balladry (Lady In Violet): a slightly out-of-kilter mix perhaps, with vocals that can border on the histrionic at times yet remaining in control, staying just the right side of pomp. Charming, and not a little frightening. The album "Transcendence" is a curious artefact, in that it sounds both of its time and out of its time, and even listening to it today, more than a touch unearthly.

RCA soon let Phillips go, and in 1980, his first "Best Of" collection was released in Canada, called "The Best of Shawn Phillips". Though he continued to play gigs whenever he could and continued to compose, he was not picked up by another record label until the late 1980s. Under the Chameleon record label, he released 1988's "Beyond Here Be Dragons". As was expected, the album sold poorly and he was dropped again. In the same fashion, he was signed on by yet another label, Imagine, and in 1994, he released "The Truth If It Kills". A couple of years earlier, in 1992, A&M released in America his 2nd compilation album, entitled "The Best of Shawn Phillips: The A&M Years". They released yet another in 1996 called "Another Contribution: An Anthology". In 1998, under his own record label, Wounded Bird Records, he re-released 8 of his albums: "I'm A Loner", "Shawn", "Contribution", "Bright White", "Furthermore", "Do You Wonder", "Transcendence" and "Beyond Here Be Dragons". In 2002, he released his 15th album, the aptly titled "No Category". He toured for the album in South Africa, where he felt his music would make the most difference. Shawn released his first live album "Living Contribution" in 2007, and "At The BBC" in 2009.

He gave his free time as an Emergency Medical Technician, Marine Firefighter Rescuer (a rescue scuba diver) and firefighter in Houston, and in 2001, received the First Responder of the Year Award in 2001 from Pedernales Emergency Services, who gave Phillips his training. His wife, Juliette Phillips, is also a firefighter and an Emergency Care Attendant with Shawn. About his limited success, Phillips remains modest, and has no regrets. He continues to compose and remains the epitome of a major record company's worst nightmare, refusing to compromise himself under any situation. As of 2009, Shawn lives in Port Elizabeth, South Africa with his wife and their son Liam. He remains an inspiration to those searching for something deeper and more meaningful in the world of "popular music".