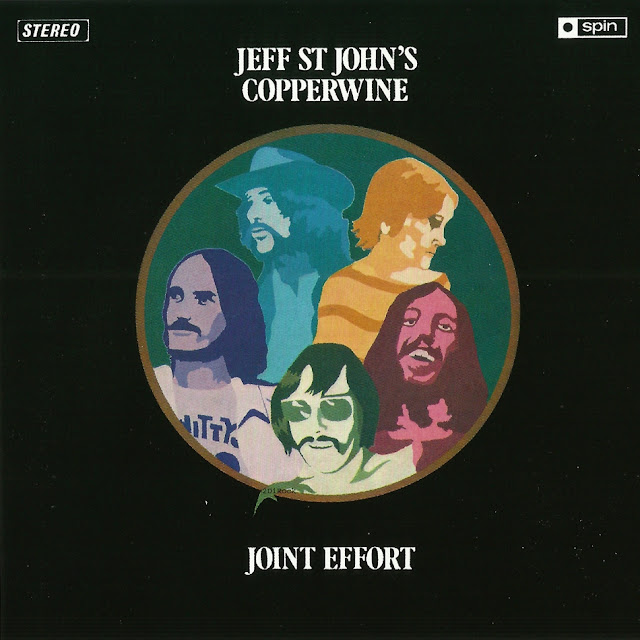 Jeff St. John was born Jeffrey Leo Newton in 1946 with Spina Bifida which, by his mid twenties eventually resulted in the need for a wheelchair. Aged just 8, Jeff's first public performance was a kids' talent quest on Sydney's radio 2GB. Then at 15, his singing career took off with a role as a regular feature vocalist on Channel 9's teenage variety program "Opportunity Knocks", hosted by Desmond Tester. He appeared regularly on the show between 1961 and 1963. A couple of years afterwards, by this time almost constantly supported by crutches because of his worsening condition, Jeff joined forces with an established Sydney blues-rock band called The Syndicate who he met by chance at the Sydney Musicians Club in early 1965 this later was merged into the band Wild Oats.

Later, in 1965, he joined The Id (named after the popular Johnny Hart cartoon strip The Wizard of Id), it was then Jeff started using the new stage name Jeff St. John, which he has used ever since. This powerhouse band quickly became a leading attraction in Sydney with a long-term residency at the Here Disco in North Sydney, and also made their mark on the Melbourne scene, playing at the famous Thumpin' Tum with its powerful, brass-augmented repertoire and Jeff's rich and soulful vocals. Jeff St John & the Id's reputation as one of the country's top R&B bands also earned them a well-received support gig on the 1967 Yardbirds, Roy Orbison and Walker Brothers tour of Australia. In 1965, their debut single "Lindy Lou", was a pleasant R&B number which gave only a sight hint of the vocal prowess that Jeff would unleash on later releases. It was followed in 1966 by "The Jerk". Later that year they released "Black Girl". Jeff and the Id are probably most remembered for their scorching, brass-laden smash single, "Big Time Operator", which featured Aussie sax legend Bob Birtles. "Big Time Operator" reached number 7 in Sydney and a respectable number 12 in Melbourne in January 1967, and the recording sessions at Festival Records in Sydney were even photographed for a special feature in Australian music magazine Go-Set. Then, out of the blue, Jeff parted ways with The Id.

Jeff meanwhile put together Yama. The lineup again featured musicians from other successful bands of the time. Bass player Virgil East from from Python Lee Jackson, drummer Peter Figures from Throb, along with Ross East on guitar, who would continue to work with Jeff for some time thereafter. Yama folded prematurely around May 1968 after releasing one single, "Nothing Comes Easy". Yama folded in 1968 because his pressure area became unmanageable and he came back to Sydney Hospital to try and fix the problem. After a wasted three months of unsuccessful skin grafts and over - hearing the head of his medical team saying it would probably, "Turn cancerous and kill him". He checked out and flew to Perth to begin The Copperwine experience. He was still using crutches at the time. The initial problem was not overcome until 1970 when Jeff was convinced to see Mr. John Hanrahan. Jeff says "To him I owe my life" who had just brought, from America, the almost miraculous "Rotation Flap Technique" which revolutionised the treatment of major pressure areas.

Undeterred by this, after a lengthy recovery period, Jeff became focused, and returned to live performance. Eventually Jeff started using a wheelchair and transformed his liability into his own trademark, executing 'wheelies' and pirouettes across the stage as he sang! Jeff says "With crutches, your hands are always full. The wheelchair allowed me to move around onstage and be self-sufficient". In early 1969, Jeff unveiled his new band, Copperwine (aka Jeff St John's Copperwine), with low-key dates in Perth, before returning to Sydney. Copperwine soon created a following in that city's fast-developing 'head' scene. Around the time of the new band's formation, guitarist Ross East was also invited to join the revised Masters Apprentices line-up, but he turned it down, opting to stay with Jeff.

Aided by East and Peter Figures, plus Alan Ingham on bass and keyboardist Barry Kelly, Jeff St John wowed punters at the Ourimbah "Pilgrimage For Pop", Australia's first major outdoor rock festival, held at Ourimbah, NSW at the end of January 1970. The band's dynamic repertoire mixed quality prog-flavoured group originals with powerful renditions of Sly & the Family Stone's funk classic "Sing A Simple Song", a storming version of The Temptations' psych-soul masterpiece "Cloud Nine" and Blind Faith's "Can't Find My Way Home". This body of songs was captured by producer Spencer Lee in superb that remains one of the most accomplished and musically adventurous LPs of the time. The album entitled "Joint Effort" won considerable critical acclaim, but failed to generate significant sales. The single "Cloud Nine" suffered a similar fate in February 1970. An EP, Sing A Simple Song, which featured 4 songs from the album, was released in May 1970. Joint Effort as an album was one of Festival Record's most consistent sellers for many years, it's a fine example of what was musically going on with Australian rock in this fertile time, and it documents what a fine band Copperwine was and provided conclusive proof that Jeff St. John is one of the best rock vocalists this country has ever produced.

Another single, released in November 1970, fared extremely well. The smoothly confident, organ-led cover of Rotary Connection's "Teach Me How To Fly" propelled the band to number 12 on the Melbourne charts and a very encouraging number 3 in Sydney. Jeff's dazzling vocal performance on this record is probably the main reason why. The band toured relentlessly during 1971 and appeared with the Melbourne Symphony Orchestra. They also released another single, the delicate "Hummingbird". By late 1971 friction had emerged between Jeff St. John and Copperwine. He left them early in 1972 to form his own band and pursue a solo career. Seeking what he saw as a more sympathetic vehicle for his singing and songwriting, Jeff formed a touring outfit, The Jeff St John Band, featuring favoured sticksman Peter Figures, and the keyboard talents of the late, great Tony Ansell. In October 1972, Jeff released his first solo single, "Yesterday's Music". Jeff and band toured extensively during 1972, supporting acts as diverse as Gary Glitter, Chuck Berry and Bo Diddley. Along with the release of "The Best Of Jeff St John", Jeff was awarded the accolade of 'Most Outstanding Vocalist of the Year'. Following a very successful year, Jeff St. John packed up and moved to the United Kingdom, so he could find out how the big kids played over there.

His farewell concert was a gala event staged at the Sydney Opera House, with the Jeff St John Band with the help of friends including Vince Melouney, John A. Bird and Ace Follington. In May 1974, an album of the concert was released, "Jeff St John Live", while Jeff was playing a handful of low-key gigs in London. He returned to Australia in August 1974, to plan his next move. On Jeff's return to Australia, he formed a new backing band, Red Cloud, and his new single "Mr Jones" was released in May 1975. Unfortunately the single was a minor sales success. It was followed up with "Blood Brother" in October. Jeff and Red Cloud maintained a heavy touring schedule during 1975-76, and the singer continued as a popular live draw. Jeff was the first Australian artist to sign with US imprint Asylum (whose roster included The Eagles, Jackson Browne and Linda Ronstadt) and he made a return to the national Top 10 during early 1977 with his scorching version of the Frankie Miller-Andy Fraser song "Fool In Love". Jeff continued to record and perform live through the late 70s and into the early 80s, producing some quality rock performances, but in 1983, at the age of 37, he announced his retirement. He made a memorable farewell appearance on Donnie Sutherland's late night chat show, After Dark, which made it clear that he was having problems at the time. Following this, Jeff stepped away from the limelight.

In 1984, with the assistance of Dr. John Yeo (Director, Royal North Shore Spinal Unit), Jeff began lecturing to age groups from year 5 primary school to adult. He assisted with the creation of teaching aids, and production supervision of radio and T.V. advertising campaigns for the teaching program. In the late 1990s Jeff moved to Perth in Western Australia, and in 1999 an old friend, drummer Ace Follington coaxed Jeff up onstage at Clancy's Fish Pub, Fremantle. Jeff relished the chance to wield a mic again. He says "I'd been divorced from singing for so long, I'd lost sight of the fun involved". That one-off performance led to a regular solo spot at Clancy's, the creation of an all-star backing group, Jeffrey St John & The Embers, a brand new, album titled Will The Real Jeff St John Please Stand Up? was released in 2001. On the album, Jeff has delved into the music of the '30s and '40s, performing swing standards with a rock treatment. He snickers "... instead of having big brass section solos on "Misty" and "Fascinatin' Rhythm", we've got over-driven and distorted guitar solos”.

In 2000, he had the highest accolade of his career. when Promoter Michael Chugg, invited Jeff to perform the first two songs at the opening ceremony of the 2000 Paralympic Games in Sydney. Jeff says "Best Paralympics Ever - I love my country. It's allowed me to be crazy for more years than I can remember. To get up in front of 110,000 people live, with a TV audience of four billion, was a big honour". Most recently, Jeff St. John was made Patron for the Mosaic Family & Community Services Organisation. This recently formed organisation provides support for disabled people in many areas, including rehabilitation programs for disabled people unfairly penalised by the legal system. In 2016, Jeff released his auto-biography "Insider-Outsider: The Jeff St John Story". The book is available from Starman Books.