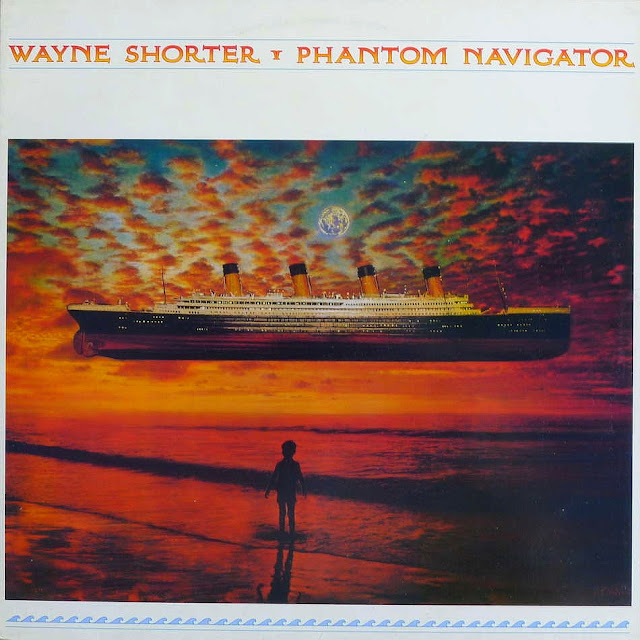 Wayne Shorter's continually expanding body of work is inextricably linked to the history of modern music. His music transcends genre while keeping the improvisational genius and surprise of jazz burning at the center. Regarded as one of the most significant and prolific performers and composers in jazz and modern music; Wayne Shorter has an outstanding record of professional achievement in his historic career as a musician. He has received substantial recognition from his peers, including 6 Grammy Awards and 13 other Grammy nominations to date. He has been awarded Honorary Doctorates from New York University, the New England Conservatory and the Berklee College of Music. In 1997, the National Endowment for the Arts presented Shorter with the prestigious Jazz Master Award. Shorter's childlike imagination and ceaseless innovation in music invite comparison to the enduring vitality of Picasso in the world of art or of Bergman in film. Today, Shorter continues to dazzle audiences with his Quartet and his Symphony project, creating some of the most powerful music of his career.

Even if the prolific composer had never written a single tune, his signature sound and choice of notes, sense of economy and unparalleled expression on both tenor and soprano saxes would have earmarked him for greatness. Combine the writing prowess with the fragmented, probing solos and the enigmatic Buddhist philosopher presence and you have the makings of a jazz immortal. “Life is so mysterious, to me,” says Shorter. “I can’t stop at any one thing to say, ‘Oh, this is what it is.’ And I think it’s always becoming, always becoming. That’s the adventure. And imagination is part of that adventure.”

Born in Newark, New Jersey on August 25, 1933, had his first great jazz epiphany as a teenager: “I remember seeing Lester Young when I was 15 years old. It was a Norman Granz Jazz at the Philharmonic show in Newark and he was late coming to the theater. Me and a couple of other guys were waiting out front of the Adams Theater and when he finally did show up, he had the pork pie hat and everything. So then we were trying to figure out how to get into the theater from the fire escape around the back. We eventually got into the mezzanine and saw that whole show — Stan Kenton and Dizzy Gillespie bands together on stage doing ‘Peanut Vendor,’ Charlie Parker with strings doing ‘Laura’ and stuff like that. And Russell Jacquet…Ilinois Jacquet. He was there doing his thing. That whole scene impressed me so much that I just decided, ‘Hey, man, let me get a clarinet.’ So I got one when I was 16, and that’s when I started music.”

Switching to tenor saxophone, Shorter formed a teenage band in Newark called The Jazz Informers and later got some invaluable bandstand experience with the Jackie Bland Band, a progressive Newark orchestra that specialized in bebop. While still in high school, Shorter participated in several cutting contests on Newark’s jazz scene, including one memorable encounter with sax great Sonny Stitt. He attended college at New York University while also soaking up the Manhattan jazz scene by frequenting popular nightspots like Birdland and Cafe Bohemia. Wayne worked his way through college by playing with the Nat Phipps orchestra. Upon graduating in 1956, he worked briefly with Johnny Eaton and his Princetonians, earning the nickname “The Newark Flash” for his speed and facility on the tenor saxophone.

But just as he was beginning making his mark, Shorter was drafted into the Army. He recalls a memorable jam session at the Cafe Bohemia just days before he was shipped off to Fort Dix, New Jersey. “A week before I went into the Army I went to the Cafe Bohemia to hear music, I said, for the last time in my life. I was standing at the bar having a cognac and I had my draft notice in my back pocket. That’s when I met Max Roach. He said, ‘You’re the kid from Newark, huh? You’re The Flash.’ And he asked me to sit in. They were changing drummers throughout the night, so Max played drums, then Art Taylor, then Art Blakey. Oscar Pettiford was on cello. Jimmy Smith came in the door with his organ. He drove to the club with his organ in a hearse. And outside we heard that Miles was looking for somebody named Cannonball. And I’m saying to myself, ‘All this stuff is going on and I gotta go to the Army in about five days!’”

Following his time in the service, Shorter had a brief stint in 1958 with Horace Silver and later played in the house band at Minton’s Playhouse in Harlem. It was around this time that Shorter began jamming with fellow tenor saxophonists John Coltrane and Sonny Rollins. In 1959, Shorter had a brief stint with the Maynard Ferguson big band before joining Art Blakey and the Jazz Messengers in August of that year. He remained with the Jazz Messengers through 1963, becoming Blakey’s musical director and contributing several key compositions to the band’s book during those years. Shorter made his recording debut as a leader in 1959 for the Vee Jay label and in 1964 cut the first of a string of important recordings for the Blue Note label. He joined the Miles Davis band in 1964 and remained with the group through 1970, contributing such landmark compositions as “Nefertiti,” “E.S.P.,” “Pinocchio,” “Sanctuary,” “Fall” and “Footprints.”

In 1970, Shorter co-founded the group Weather Report with keyboardist and Miles Davis alum, Joe Zawinul. It remained the premier fusion group through the ’70s and into the early ’80s before disbanding in 1985 after 16 acclaimed recordings, including 1980’s Grammy Award-winning double-live LP set, 8:30. Shorter formed his own group in 1986 and produced a succession of electric jazz albums for the Columbia label — 1986’s Atlantis, 1987’s Phantom Navigator, 1988’s Joy Ryder. He re-emerged on the Verve label with 1995’s High Life. After the tragic loss of his wife in 1996 (she was aboard the ill-fated Paris-bound flight TWA 800), Shorter returned to the scene with 1997’s 1+1, an intimate duet recording with pianist and former Miles Davis quintet bandmate Herbie Hancock. The two spent 1998 touring as a duet.

By the summer of 2001, Wayne began touring as the leader of a talented young lineup featuring pianist Danilo Perez, bassist John Patitucci and drummer Brian Blade, each a celebrated recording artist and bandleader in his own right. The group’s uncanny chemistry was well documented on 2002’s acclaimed Footprints Live! Shorter followed in 2003 with the ambitious Alegria, an expanded vision for large ensemble which earned him a Grammy Award. In 2005, Shorter released the live Beyond the Sound Barrier which earned him another Grammy Award. “It’s the same mission…fighting the good fight,” he said. “It’s making a statement about what life is, really. And I’m going to end the line with it.”

Shorter marked another musical milestone in 2007 by pairing up with the Los Angeles Philharmonic, the Royal Concertgebouw, and a handful of the world’s best symphony orchestras to unveil his new symphonic repertoire including striking reworkings of earlier compositions and newly composed material. Bassist John Pattitucci says that Shorter possesses the prowess of many classical composers combined. "Wayne's got a feel for the melody, like Puccini, on an extremely high level, but he's also got the harmonic complexity, like Ravel.” The rich harmonic palette of his music and the interaction between orchestra and soloists makes the music compelling and interesting to audiences and also energizing and interesting for orchestral musicians. The orchestra functions as a leading voice, in dialogue and interplay with improvisations by Shorter and his ensemble.