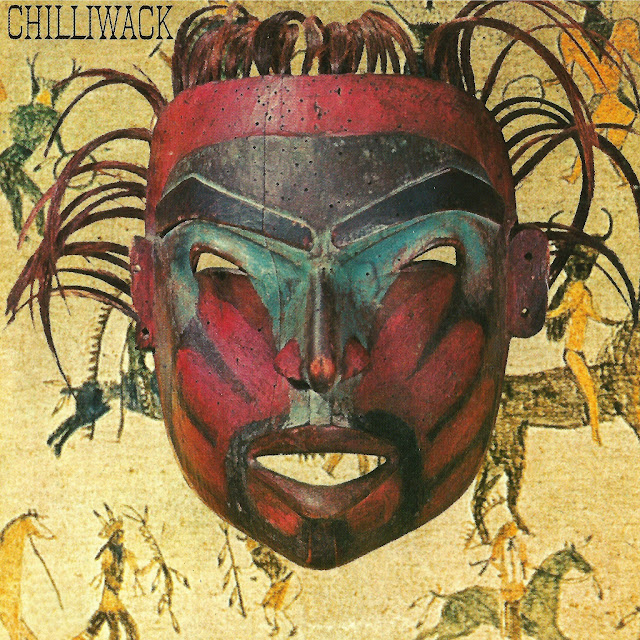 As the driving force behind Chilliwack during their illustrious career, Bill Henderson knew that music was his calling early in life. The native of Vancouver was already a working musician while still in high school. He was a student at UBC in 1964 when he formed the group, The Classics. Two years would pass before he then founded The Collectors and was signed to a record deal. After two records and a string of radio singles between 1967 and 1970, including "Lydia Purple" and "Early Morning" which found them touring with the likes of The Doors and Jefferson Airplane, The Collectors were dead and Chilliwack was born, consisting of drummer Ron Turney, Clair Lawrence on sax and keyboards and Glen Miller on bass. The group cut their self-titled debut in late 1970 on the independant Parrot Records and released two singles, "Chain Train" and "Rain O". Other noteable tracks included "Sundown" and "Everyday". The band came back the next year with a double album set. Releasing a "self-titled debut" turned out to have more success the second time around featuring the timeless "Lonesome Mary" and "Music For A Quiet Time".

"All Over You" came out in 1972 and contained the hit "Groundhog", which showcased Henderson's incredible slide-guitar work, and the cool little ditty "Chickenshit Man". Next up for the band was "Riding High", which hit the stores in the spring of 1974. Featuring newcomer Howard Froese as a second guitarist, the record was released on Terry Jacks' Goldfish Records label. Jacks also brought his experience in the business, co-founder of The Poppy Family and his solo hit "Seasons In The Sun" that same year among others, to the studio and served as album co-producer. By the end of the year Chilliwack practically owned the airwaves, with the title-track, "Come On Over" and the absolute classics "Crazy Talk" and the raucous "There's Something I Like About That". Next up was "Rockerbox" in 1975. The band switched to another independant label, Casino Records and produced another masterfully-crafted album, highlighted by "If You Want My Love". Another switch with labels the next year saw the release of "Dreams Dreams Dreams" on Mushroom Records. Backed by the mega hits "California Girl" and "Fly At Night", Henderson and company had firmly established themselves as one of Canada's top acts, touring the world in support of the album. Other hits included "Something Better", "Baby Blue" and "Mary Lou And Me".

1977 saw the debut of one of Canadian rock's highest regarded collaberations. With the departure of Froese, Henderson found himself looking for another guitarist and took a chance on a young local sensation - Brian 'Too Loud' MacLeod. "Lights From The Valley" hit the stores in early 1978 and the band was again met by rave reviews. MacLeod's unbridled passion for his craft mixed with the raw energy that earned him his nickname were showcased in the hit "Arms Of Mary", considered as one of the best Canadian songs that year, if not the decade. "Never Be The Same", and "We Don't Have To Fall In Love" also exemplified solid Canadian rock at its finest. "Breakdown In Paradise" came out a year later and saw a re-vamped lineup. Ab Bryant had replaced Miller on bass, Rick Taylor assumed the drummer's role and John Roles was added on guitars. The record contained the hits "Road To Paradise" and the classic "Communication Breakdown", while other noteable mentions included "So Strong" and "Let It All Begin" .

Again the band found themselves shopping for a label following the demise of Mushroom Records in 1980. This led to Bryant and MacLeod venturing off and starting The Headpins, initially as a sideline project. After signing with Solid Gold, a slight shift in gears was heard when Chilliwack's next lp, "Wanna Be A Star" came out in 1981. Roles and Taylor had left, basically leaving Chilliwack a trio. "My Girl (Gone Gone Gone)" was gold practically on arrival at the radio stations. Other hits from WBAS included "I Believe" and "Don't Wanna Live For A Living". "Opus X" was unleashed in '82 and contained the smash hits "Whatcha Gonna Do (When I'm Gone)?" and "Secret Information", which earned MacLeod and Henderson a Juno for producer of the year. Also on the record was the sleeper hit "Don't It Make You Feel Good". Bryant & MacLeod left the band to pursue the Headpins full-time after its release. Despite this, the record re-affirmed Chilliwack as undeniably one of the country's top draws, while Henderson was firmly establishing himself as one of rock's most sought-after engineer/producers. A compilation of their hits was on the shelves in 1983 with the release of "Segue". Henderson put out Chilliwack's final studio album in the summer of 1984. "Look In Look Out" quickly went gold, backed by the success of the single "Got You On My Mind". With an entirely new lineup, other great tracks included "Getting Better", "Who's Winning" and the soulful "Dream Of You". Henderson's outside commitments caused the unofficial breakup of the group later that year.

Chilliwack's name wasn't heard for nearly a decade, as Henderson was dabbling in an outside project of his own, UHF, with Shari Ulrich and Roy Forbes. Initially as little more than 'something to do in their spare time' , the trio would get together to record their debut in 1990, and their follow-up in 1993, whose artistic tones instantly earned them favour with the critics. Bill Henderson is the guiding light of Chilliwack, and one of our most treasured musical talents, contributing in the studios to such artists as Junior Gone Wild, Toronto, Long John Baldry, The Nylons and The Irish Rovers, among others. His work in UHF is also a constant fave of the critics, and he's also written material for stage and screen, and became one of the people in your neighborhood during the 90's while working on material for 'Sesame Street'. In Chilliwack, fans of "Too Loud" MacLeod are treated to the early work of one of Canada's greatest talents, God rest his soul. Superb musicianship and a strong pop-sensibility are common threads of all Chilliwack records, weaving together arguably one of this country's greatest gifts.