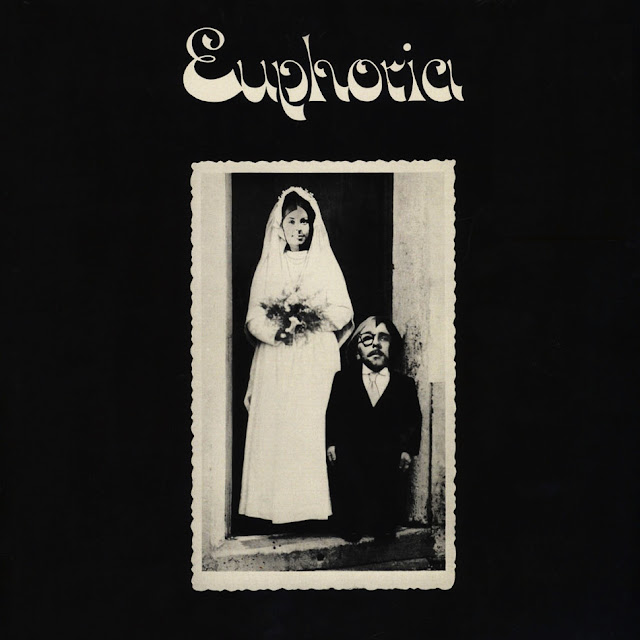 Imagine a time: Without cable TV, when more in-home screens  were black and white than color. When FM radio stations were exceptions, not rules. When interstates and other four-lane highways were  in their infancy. We're talking more than 40 years ago, when much of the world seemed far more distant than now for those of us growing up on the north end of the Appalachian coal fields. It was a time when local musicians with dreams of rock 'n' roll success weren't sure music's stars could ever shine on someone from  these parts. Elderberry Jak changed that with the release of "Long Overdue," on Nashville-based Silver Fox Records, which was owned by singer Kenny Rogers' brother Leland. Now, anyone with a computer can put their music in front of millions of potential listeners without ever leaving home. They just record the songs and upload them to Web sites like MP3.com. Randy Worsham, a singer/songwriter I played bass for in Spingfield, Mo., a few years ago, has done that. So has Joe Cerisano, Elderberry Jak's lead vocalist, with his more recent work.

When "Long Overdue" first made its way onto vinyl, however, home computers as powerful as the Commodore 64, the 64 standing for 64 kilobytes of random access memory, were still on the drawing board. Most of us send email photos today that are larger than 64K! Back then, the hotspots in the still-young rock universe seemed as far away from north central West Virginia as the stars in Orion's belt. Things were happening in L.A., London and New York. Geez; Pittsburgh was a two-hour trip back then! Many of us who practiced in garages to play weekends in tiny little clubs around there took heart and hope in Elderberry Jak's success. Heck, I played covers of several "Long Overdue" cuts; "Changes," "Forest on the Mountain," Wishing Well," and "Vance's Blues."

"Little Joe", the late Dave Coombs, Joe Hartman and Tom Nicholas were several years older. I started playing locally, keyboards back then, after their debut album was recorded and released, and they'd gone on the road to support it. Dozens of Volkswagens now sit in the parking lot of what was, back then, The White House - along U.S. 119, north of Morgantown, almost to the Pennsylvania state line. To this second, I can recall the butterflies I got as a teenager the night. I first played there as a member of a Fayette County, Pa., band called Brimstone. Like the guys in Jak, my bandmates were several years my senior. A couple of them had jammed with Cerisano and Coombs when they were still part of J.B. and the Bonnevilles, pre-Elderberry Jak. All night long during that first White House gig, I willed us to be as good as Jak; but not with the goal of getting a record deal. At that point, none of us had even started working on original material.

Rather, my wish simply was that we use the stage, and those four 45-minute sets, as well as Elderberry Jak did because they showed all of us that it could be done. Even coal-patch musicians from this part of the world had a shot at realizing our goals if we let the music do the talking and respected it... worked at it... as much as some of those who'd crossed that stage before us. The White House was the only nightspot I ever played that Jak had ruled around here before recording "Long Overdue." As a result, the nights spent on its stage are among my fondest musical memories. Meeting Joe Cerisano also is among them. He continues to sing songs on the soundtrack of my musical dreams. Inspiration provided through the years by "Long Overdue" helped me achieve much of what I had hoped to in music. Some goals remain, so I keep listening to Jak to remind me that it's never too late. Some might argue; but from here, it seems Jak was ahead of its time. Listen to Hartman's pounding double-bass footwork on "Vance's Blues"and "Changes," for example. Jon Bonham, of Led Zeppelin, was playing that way back then. But most of the others - Alex Van Halen, Tommy Aldridge (Black Oak Arkansas, PatTravers and Whitesnake), Denny Carmassi (Montrose and Heart) were at least a few years away from the spotlight.

Anyone who has ever seen Tom Pacheco perform knows that they have been in the presence of greatness, watching a singer/songwriter who is a master of his craft and who, if there were any justice in the world (even though we know such a commodity is in desperately short supply in the 21st Century), would be as well-known as Woody Guthrie or Bob Dylan. Tom has lived the life of a troubadour since the mid-1960s, and has now made around 20 original albums which have been released on a variety of labels in the USA (his earliest recordings and several more recently) and Europe (mainly in the last 20 ears). Yet Tom is not - yet - a household name, and one cannot avoid thinking that there are parallels between this often brilliant and always engaging artist and another artist in a different field, the celebrated painter Vincent Van Gogh.

The latter is now recognised s a genius, yet in his lifetime, he famously failed to sell a single painting. Tom's fate has not been quite so desperate. He has managed to sell small quantities of is amazing albums over the past 35 years, but never as many as his artistry deserved. Tom was born on 4th November 1946, in New Bedford, Massachusetts. His father, Tony Pacheco, was a jazz guitarist who played with Django Reinhardt as well as solo in clubs in Europe before returning to the US to raise a family and open a music store, where he also taught guitar. Tom began playing guitar at the age of 10, studying both Flamenco and classical styles, and in 1965, as a 9 year old, released his first solo album, “Turn Away rom The Storm”, a collection of original folk songs he had written two or three years before. It was made for a small local label known as Witchgreen Records, and Tom thinks they probably only pressed 500 copies. He also notes that he now owns that album and could be leased to license it if anyone's interested. The Van Gogh comparisons continue: that solo album could soon be reissued, and now the Euphoria album.

Tom left Massachusetts to study at Hofstra niversity in New York City, where he formed a band called The Ragamuffins, which supported Jimi Hendrix in a number of occasions and also released two singles on Seville and London Records. These singles are extremely obscure; no doubt, if Tom had become a superstar, they would have been reissued on many occasions, but as it is, hunting through oldies shops probably provides the only solution if anyone feels that owning them is important. In 1969 Tom joined forces with The Beckets which actually were Roger and Wendy Penney, they started their entertainment careers as actors, working with Boston's Theatre Company.  Using the stage name Roger and Wendy Beckett, by the mid-'60s the pair had turned their attentions to music, becoming fixtures on New York's Greenwich Village folk club scene.  By the time they released their 1967 debut collection, they'd followed the crowd into a more electrified folk-rock sound with Roger jammin' on electric autoharp, while Wendy had picked up electric bass. After splitting Euphoria the couple toured and released  records as Roger and Wendy and later -in mid seventies- as The Bermuda Triangle.

Back to Euphoria, Tom recalls: 'Thirty years later, I listened to Eurphoria album and realized it was not as bad as I thought it was, considering the times. If it weren't for that album at that point in my life I might have quit playing music professionally and become an English teacher, something I had gone to University to study". Which explains why Tom's lyrics are so impressive. He could have been a great teacher. The sleeve picture of Euphoria is curious, to say the least. A very tall female standing with a male dwarf. Tom explained: "That was a picture of a relative of mine, who was dreadfully poor, but very attractive, and she married a rich dwarf who lived on an island in The Azores, and lived happily ever after with him. The female head has half of Sharon's face and half of Wendy Becket's and the dwarf has half Roger's face and half mine". Tom now has a band in Norway with whom he recorded 'The Long Walk', released by Playground Music Scandinavia, which is an album full of his songs, while Jim Welder produced and performed instrumental tracks on Tom's newest album, "Year Of The Big Wind (Bare Bones III)", recorded at Moonhaw Studios in Woodstock and released by Frog's Claw Recordings.