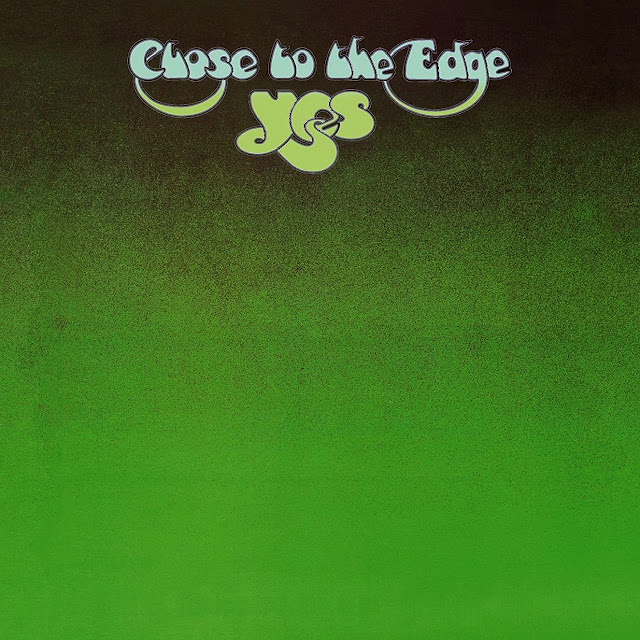 This album resists all reviewing. Detailing the features is useless, as anyone on the site will inevitably get the album. Explaining how they contribute to the feel is mostly impossible (for me). Nonetheless, I feel obliged to try. I absolutely love this album. I think it's the best thing Yes have ever done, and one of the all-time greatest progressive albums. "Close To The Edge" itself is one of the 'archetypal' progressive epics, and yet is not at all 'by-the-books' (as I've seen one review describe it). Firstly, its structure is distinctly like that of a pop song. It isn't as firmly divided into parts as something like "Supper's Ready" or "A Plague Of Lighthouse Keepers", but is a cohesive whole at all times. I suppose the best I can say for this song is that it is simply utterly gripping all the way through. I have yet to, listening to it, think about anything other than the second of music I'm hearing. There is no spot of weakness or single place which leaves the rest feeling any weaker. The Bruford-Squire rhythm section is one of (if not) the greatest rhythm sections, and nowhere is that more evident than on this song. Squire leaps fanatically around the whole range of his instrument with plenty of groove and force, and Bruford's biggest selling-point, a mastery of the little notes, is on display throughout. He also, notably, handles all sorts of drums, which I'm too musically inept to identify.

Over this lead rhythm section, we have effectively got three lead players: Howe's searing, slippery guitar, which switches between its own bizarre style and excellent soloing. The Caped One's obscenely large set of keyboards both provide a backing atmosphere and fully realise the cosmic feel of the album, as well as one of the most uplifting and powerful organ solos ever handled. Jon Anderson, the final piece of the puzzle, contributes an intelligent set of lyrics, both including killer phrases like 'Sad courage claimed the victims standing still for all to see/As armoured movers marched onwards to overlook the sea' and word choices for sound as well as what I like to call 'word feel' (when a word, usually an adjective, is there because its meaning provides a certain feel even if it's not vital to the sense). He also handles his high vocals with a bit of grit that wasn't there in "Fragile", and, while this isn't necessarily better, it does suit the song down to the ground. The accompanying harmonies which frequently feature are no less perfect. Essentially, this is the only line-up that could possibly have pulled off this song, and the whole is indeed greater than the sum of the parts. From the spiritual birdsong opening to the amazing harmonies of the first half of 'I get up, I get down' to Anderson's triumphant 'I get up, I get down' and the accompanying majesty of the Wakeman organ solo to the truly superb use of tubular bells near the end of "Seasons Of Man" to the final echo of the opener, every single moment is intensely enjoyable, and can withstand breaking down or being seen as a whole with equal resilience. Even as one of the newly initiated, whose musical ear was at the time incapable of distinguishing the instruments, I was gripped by this piece, its polish and its atmosphere and lyrics, and haven't yet been released.

"And You And I", however, was the piece that really did seal the deal, because, even when I wasn't capable of working out why the title track was so impressive, I could appreciate the lyrical content, distorted/electro- acoustic guitar and gradual build of this one. The bleak 'Apocalypse' title frame a guitar part and vocals which may at first sound cheerful, but with the title taken into consideration take on a certain desolation or hollowness. Superficial appearances of the music and cheerful-sounding lines like 'In the end, we'll agree, we'll accept, we'll immortalise' take on an entirely different feel when the piece is looked at as a whole. Wonderfully convoluted and cleverly done. Anyone with a sense of wordplay and a an overdrive for examining lyrical material must take a look at this. Wakeman delights in the opportunity to take a slightly more lead role, giving us all sorts of whirly moogage and keyboards. Howe's guitar is incredibly interesting for me, even though I'm a non-musician and usually have an aversion to acoustic chords. Squire willingly generally handles a lower-ranged bass part (excluding a wonderful quick solo on "The Preacher The Teacher", which does provide a bit more bottom behind the fuller sections and provide a better contrast for the softer ones. The grandiose "Eclipse" features another incredible solo from Wakeman, this time dualling mellotron with another instrument, which slows down excellently to Howe's guitar again. Jon Anderson again gives us a superlative vocal performance, and Bruford is intelligent on the drums/percussion side, creating the grandeur every bit as much as The Caped One.

"Siberian Khatru" is the album's clear rock piece, with an intense organ riff running through the opening, Howe giving us a superb guitar performance, and Squire's bass (especially) driving the piece by both presence and absence. Bruford's percussion choices are inspired, giving an expanding feel to the piece, and both drum-beats and eclectic percussive battery. What really impresses on this one is how a musician can either change instrument without a moment of pause or awkward transition, with Wakeman gliding between harpischord, mellotron, moog and organ, and Howe employing both acoustic and electric guitars. Jon Anderson's vocals (complete with harmonies) and lyrics are again immaculate. Needless to say, again, this is 100% effort, enigma and brilliance, and essential listening. The CD remaster includes the single version of "America" (the complete version's on "Fragile"), which is equally great in both formats. A single version of "Total Mass Retain" doesn't work as badly as I'd have thought it would do out of context, and could be of interest to a Yes fanatic. The two rehearsals/alternate versions of "And You And I" (much thicker bass sound) and "Siberian Khatru" (some harmonies missed) are actually quite interesting for me (a non Yes-nut), and I don't feel crowded by the bonuses included or feel that they wreck the album as a whole. Overall, a good set of bonuses. If you don't have this album, head right for your nearest internet-based or non-internet-based prog store, and buy it. I seriously doubt that you'll be disappointed if you don't try to convince yourself that it can't possibly be as good as the hype.

So, what makes this album that good musically ? That's hard to put in words. My initial response is that for this album, Yes just had the right combination of melodies, rhythms, riffs, soundscapes, structures, and lyrics. And they mixed it all together in a grand fashion. It's one of those rare moments when every note fills an important role in the entire project. Removing any portion of the album, no matter how small, seems to make it a lesser album. And the melodies and harmonies. They can attach to your brain like a mosquito in a blood bank. Days (sometimes weeks) after listening to "Close To The Edge", I have that "I get up, I get down" line in my head, or the chugging bass line in "Siberian Khatru", or the soaring keys in "And You And I". It was an amazing experience during my initial listen and continues to excite my musical neurons to this day. Definitely a Masterpiece that will always stand the test of time.