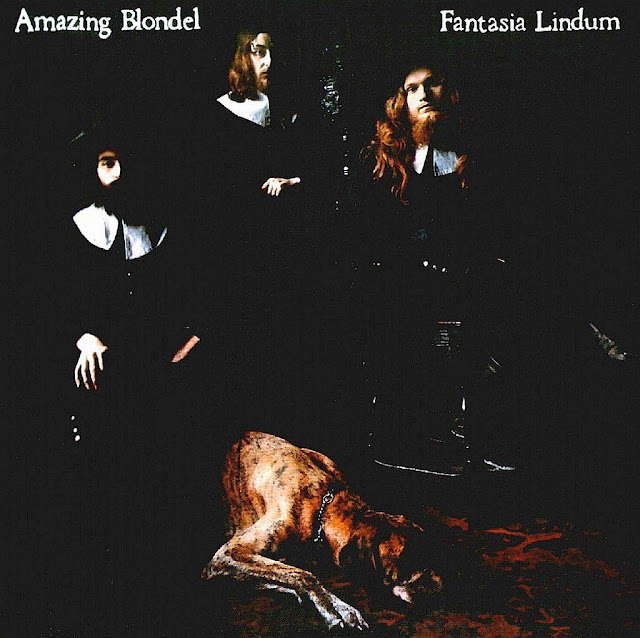 "The Amazing Bondel" was a collection of soft acoustic rock numbers that included one medieval-styled song that seemed to go over better than anything else, and that was the direction they aimed for in their future releases. "Evensong" is a folk album that harked back to the Middle Ages and the Renaissance. Madrigals and ballads performed on period instruments became their specialty and the trio's creative ideas led to the concept album "Fantasia Lindum", which belongs more to progressive-rock than to folk-rock. "England" used the same technique to craft elegant, lushly-arranged pop songs. Gladwin left and the surviving duo veered towards Steeleye Span's hard-folk with "Blondel", entirely composed by Baird, "Mulgrave Street", "Inspiration", "Bad Dreams". The band reunited 21 years later for "Restoration" (1997), an album which harkens back to their halcon days.

Their third and fourth albums "Fantasia Lindum" and "England" represent the most musically sophisticated of the material, which any progressive fan without an aversion to folk music should have no trouble enjoying. Most fans of early Gryphon, Fairport Convention and other British folk rock will be delighted with this band. Amazing Blondel overall played an Elizabethan style folk. Quite frankly, the prog aspect is very lite and the rock aspect, at least on these earlier albums, is virtually non-existent. However, the music is quite enjoyable and it is a nice variation from typical rock music that is mostly prevalent in progressive music. Because it is original in a modern sense, or at least not following a pop sound, that makes it progressive in that respect. The use of acoustic guitars, lutes, woodwinds and other older instruments is what gives the music it's believability. The lyrics are of the old world folkish style and the harmonies seem to be realistic for the most part.

"Fantasia Lindum" is one of the best efforts in Amazing Blondel's discography. The three main musicians present for this album is the best line-up of the band. This particular album consists of all acoustic music with a very sparse use of percussion. In fact, only two songs on this album have any percussion in them. This album consists of a suite of songs over 20 minutes long and five more shorter tracks. The "Fantasia Lindum Suite" is the focal point of the album and one of the highlights of the band's career. It consists of ten short songs that are both vocal and instrumental. The movements are quite varied enough to keep the listener from getting bored of the style of music in that some are quite lively while others are pastoral in feel. The instrumentals usually consist of a spotlight on a certain instrument while the vocals are easy to understand and deal with topics not unlike the topics chosen for the original genre of music that the band emulates. This gives this record it's feeling of authenticity. The topic for this suite has to do with the town and country of Lincoln, England (the Latin name for Lincoln is Lindum). The title Fantasia is a little misleading in that a fantasia is usually a free form musical work and this suite is not really free form, but more structured as folk music is expected to be. This track is a very good suite and is enjoyable throughout.

After the suite, there are five shorter tracks that pretty much follow the same style. "To Ye" is a straightforward track in the same style, but is slightly less interesting as the suite. It is really nothing special or much different from any thing else on the album. "Safety in God Alone" is probably the best of the shorter tracks here, but it leans a little more to a modern sound with piano, acoustic guitars and what sounds like a tambourine or something similar. The harmonics on this one is also more modern sounding, however, this sound does not take away from the entire album, but actually offers some needed variation in the music. "2 Dances" consists of two very short acoustic instrumentals, one at mid tempo and the second with a nice lilt.

These are nice additions to the album. After this we get another vocal in "Three Seasons Almaine" which is another straightforward track with some nice instrumental backing. The last selection is an instrumental called "Siege of Yaddlethorpe" which has a slightly out of place feel to it. I believe the sound is a harmonium playing an appropriate sounding melody, but sounds so out of place in the acoustic instruments. Jim Capaldi from the group Traffic adds some nice military sounding drums throughout the track which I believe are overdubbed onto the track. Overall, this is a highlight in the work of Amazing Blondel and most of that comes from the Suite, though the additional songs are a nice touch also. I don't know if I can call the entire album a masterpiece, but the suite comes close to it.