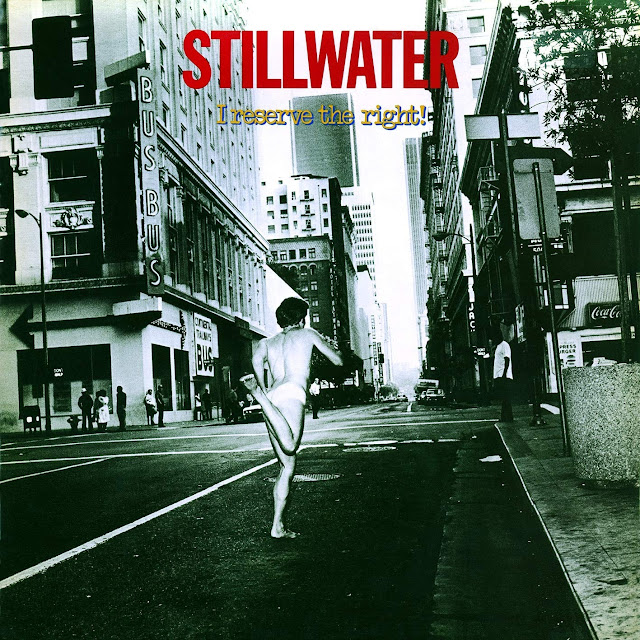 Stillwater was an obscure multi-membered Southern Rock band that featured the triple guitar team of Mike Causey (guitar), Bobby Golden (guitar, vocals), and Rob Walker (guitar), plus Jimmy Hall (vocals, percussion), Allison Scarborough (bass, vocals), Bob Spearman (keyboards, vocals), and Sebie Lacey (drums). Originally formed in Georgia during 1973, Stillwater issued a pair of albums during the late '70s. 1977's self titled debut and 1979's "I Reserve the Right" and narrowly missed scoring a Top 40 hit single with the track "Mind Bender." Between the near-hit single and steady opening gigs for the Atlanta Rhythm Section and the Charlie Daniels Band (the latter of which was riding high at the time with the monster crossover hit "The Devil Went Down to Georgia"), Stillwater seemed to be on the right track for breakthrough success. But when their record label, Capricorn Records, hit upon hard times, Stillwater found themselves without a label, and broke up soon thereafter. Several live tracks from 1978 were included on the 1997 "Alive Down South" multi-artist collection, which was followed by a Stillwater reunion the same year. A new album, "Running Free", was released a year later, and the group began to play live shows once more. Just before shooting began on Crowe's Almost Famous, the director had to clear the use of the name "Stillwater" with the band, which they agreed to after reading the script.

Stillwater's "I Reserve The Right" album features a naked man running down the main street of a major city, which is a little more appealing than the wardrobe this seven-piece group sports on the back cover. They look like they just got off work for the day at the farm, so you know without the image they'd better have some chops to warrant this record's release. Lead guitarist Rob Walker's "Alone on a Saturday Night" is a beautiful song, with drummer Sebie Lacey getting the honors for the lead vocal. It is the tune that stands out and grabs you on a decent outing produced by Stillwater and engineer Tad Bush for Buddy Buie Productions. The title track sounds like it is a cross between Duke & the Drivers meets Bachman Turner Overdrive sans Randy Bachman; it is truck-driving rock without the production qualities of "Alone on a Saturday Night" or the other subdued highlight here, "Women (Beautiful Women)." The vocals simply don't cut it on the title track, "I Reserve the Right," and they're equally rough on "Keeping Myself Alive," which is an exercise in bad songwriting, lyrically, melodically, and spiritually, a pedestrian tune over mundane chord changes. With no Top 40 hit to their credit and not much of a cult for this genre of music, this fairly decent outing is one for the bargain bins. Having the Muscle Shoals Horns contribute is pretty neat, and there are some enjoyable moments here nonetheless.

Southern Rock as we know it, came into prominence with the late Phil Walden, in Macon, Georgia. He got his start booking (and managing) such R&B legends as Otis Redding, Sam and Dave and Percy Sledge. Walden (along with brother Alan and Frank Fenter) started Capricorn Records in 1969 (the vacant building still stands at 535 Cotton Ave, Macon, GA). They were distributed by Atlantic Records (Ahmet Ertegun, Jerry Wexler). Of course, Walden wouldn't have been able to do it without The Allman Brothers who were his first signing. The Marshall Tucker Band soon followed along with a string of other acts such as Grinderswitch, Wet Willie, Dobie Gray, Elvin Bishop and Stillwater.

Walden also had a warehouse on Broadway that he transformed into Capricorn Studios. The Allman Brothers ("Idlewild South", "Brothers And Sisters"), Lynyrd Skynyrd ("Gimme Back My Bullets") and The Marshall Tucker Band among others recorded there. That building is still standing and is owned by New Town Macon, however it is not functional. I managed a band in the middle 90's that recorded their first album at the studio when it was known as White Clay Records, and the studio was still very much how it appeared in the 70's. What a great vibe. Phil's brother Alan actually was Lynyrd Skynyrd's first manager, however Alan was widely known for managing the careers of Otis Redding and The Outlaws. Alan published "Freebird", "Sweet Home Alabama", "Gimme Three Steps", "Respect", "Sittin' on The Dock of Bay" and more.

Capricorn unfortunately went bankrupt in 1979 shortly after they signed Stillwater who had experienced some notoriety with their single "Mind Bender". After the bankruptcy, Southern Rock virtually disappeared from Macon. Unfortunately, Stillwater never got their due, but all the members still live in the area. Their popularity is reflected in their sold out shows that they perform annually. Phil Walden moved Capricorn to Nashville, and later to Atlanta in the 90's, where he signed Widespread Panic, 311 and a young Kenny Chesney. He died in 2006. Alan still resides in Macon.