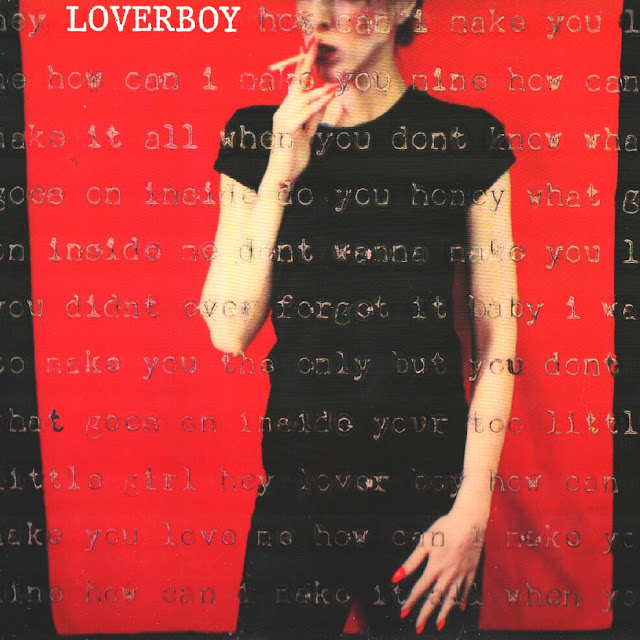 Loverboy is a Canadian rock band formed in 1979 in Calgary, Alberta. Loverboy's hit singles, particularly "Turn Me Loose" and "Working for the Weekend", have become arena rock staples and are still heard on many classic rock and classic hits radio stations across Canada. The band is based in Vancouver, British Columbia. Throughout the 1980s, Loverboy accumulated numerous hit songs in Canada and the United States, earning four multi-platinum albums and selling millions of records. After being rejected by many American record labels, they signed with Columbia/CBS Records Canada and began recording their first album on March 20, 1980. Loverboy's founding members were lead singer Mike Reno, guitarist Paul Dean, keyboardist Doug Johnson, bassist Scott Smith, and drummer Matt Frenette. It has been stated by Reno that their name was chosen due to a dream by Paul Dean. He had come up with the name after spending the previous night with some of the bandmates, including Reno and their girlfriends, before going to the movies. The girlfriends were browsing through fashion magazines, where the guys in the band saw a Cover Girl advertisement. Cover Girl became Cover Boy, and then became Loverboy in Dean's dream later that night. After being told by Dean about the dream the next morning, Reno agreed to try it out and it stuck. The group made its live debut opening for Kiss at Pacific Coliseum in Vancouver, B.C. on November 19, 1979.

Originally rejected by all the major record labels in the United States, the band signed with Columbia Records of Canada, and on March 20, 1980, Loverboy went into the studio with producer Bruce Fairbairn and engineer Bob Rock to record what would be their self-titled debut album. Over that summer, the record became a huge hit with eventually over 1,000,000 records sold in Canada alone. The album made its American debut in November 1980, and would go on to sell over two million copies in the USA alone. The band went on a touring spree that year putting on over 200 shows with bands such as Cheap Trick, ZZ Top, Kansas, and Def Leppard. Their debut single, "Turn Me Loose", went on to hit No. 7 on the Canadian charts and No. 35 on the US Billboard Hot 100 in early 1981.

The band's follow-up album, Get Lucky, released in October 1981 when they were opening for Journey, included the hit tracks "Working for the Weekend" and "When It's Over". It became their best selling album in the U.S., reaching No. 7 on the Billboard album charts and selling over four million copies. In the same year Loverboy received six[5] Juno Awards (Canada's highest award for music) in one year, a record that still stands today. Loverboy released their third album, Keep It Up, in November 1983. Its first single "Hot Girls in Love" became their most successful to that date, reaching No.11 on the U.S. charts. The video for the song as well as for the follow-up single "Queen of the Broken Hearts" were hugely popular on MTV, and the band embarked on its first tour as headliners. In 1984, Loverboy recorded the United States Team theme for the 1984 Summer Olympics, "Nothing's Gonna Stop You Now". The song originally appeared on The Official Music of the 1984 Games but not on any of their albums or compilations to date. They would often play it on tour mixing it in during the performance of "Queen of the Broken Hearts". Also in 1984, Loverboy recorded a song called "Destruction" which appeared on the 1984 soundtrack of a re-edited version of the film Metropolis (1927).

Lovin' Every Minute of It, the band's fourth album, and the first not produced by Fairbairn (it was produced by Tom Allom, best known for producing Judas Priest several years later) was released in August 1985, with the title single written by Mutt Lange and "This Could Be the Night" co-written by Journey's Jonathan Cain becoming their first and second U.S. Billboard top 10 hits respectively. In 1986, the band recorded "Heaven in Your Eyes", a song featured in the movie Top Gun, which peaked at No. 9 on the Billboard charts. However, Doug Johnson refused to appear in the video as he felt that the film glorified war, which Doug was highly against. The release of Wildside, their fifth album, followed in September 1987. While the band scored a minor hit with "Notorious", co-written by Jon Bon Jovi and Richie Sambora, the album sold relatively poorly and the band broke up in 1988 due to tensions between Dean and Reno.

Dean released a solo album, Hardcore, in May 1989 and a Loverboy greatest-hits album, Big Ones, was released later that same year, in October, to fulfill Loverboy's obligation to Columbia Records. The group briefly reunited in late 1989 to tour to promote it, but broke up again at the tour's conclusion. On October 6, 1991 the band reunited again to join fellow rockers Bryan Adams, Colin James, Chrissy Steele and Bill Henderson of Chilliwack at a benefit show at Vancouver's 86 Street Music Hall to raise over $50,000 for Henderson's former bandmate, Brian MacLeod, who was fighting cancer and undergoing treatment at a Houston medical clinic. The band reportedly recalled that the concert was the most fun that they had had in years and decided that they wanted to do it again. They went on another live touring spree in Canada the following year before launching a 64-concert tour in the United States in 1993.

The band's record label released their second and third compilation albums, Loverboy Classics and Temperature's Rising, in 1994. Loverboy Classics went Gold by 1998, coinciding with another American tour. Following the releases of Six and Super Hits in 1997, the band continued touring until November 30, 2000, when bassist Scott Smith died in a boating accident. The band went on to release a live album, Live, Loud and Loose, in 2001, which consisted of refurbished early live concert recordings from the band's intense touring years from 1982 to 1986. 2001 also brought another round of touring, this time dedicated to Scott Smith. Ken "Spider" Sinnaeve, a former member of The Guess Who, Red Rider and Dean and Frenette's pre-Loverboy band Streetheart, joined the band on bass prior to the tour. Loverboy celebrated 25 years together in 2005 and began to perform in selected cities to commemorate this milestone. That tour continued with live concerts scheduled well into August 2006. Also in 2005, Loverboy was one of the featured bands on the American version of Hit Me, Baby, One More Time. They performed "Working for the Weekend" and a cover version of "Hero" by Enrique Iglesias on the show. In 2006, twenty-five years after its initial release, Get Lucky was remastered and re-released with several previously unreleased songs, including the original demo of "Working for the Weekend".

In a video interview from March 2007, Mike Reno confirmed that the band finished recording a new studio album released in 2007. Titled Just Getting Started, it was released in October, with a clip of the first single "The One That Got Away" available on the band's MySpace page. The band continues to tour throughout Canada and the United States. The band was inducted into the Canadian Music Hall of Fame during the 2009 Juno Awards. On February 21, 2010, the band performed at the 2010 Vancouver Olympics awards ceremony. In June 2012, the band announced their album Rock 'n' Roll Revival would be released by Frontiers Records. The band was on tour with Journey and Pat Benatar/Neil Giraldo from July 24 to November 16, 2012. They finished up 2012 on the same tour when Night Ranger took up the reins to replace Benatar. 2013 saw Loverboy tour on and off for at least a few dates during every month, except for the month of March. While continuing to tour in 2014, it was announced on the official Loverboy home page on June 19, 2014 that the band's newest album of all-original material, Unfinished Business, was expected to be released on July 15, 2014. The first single was already available for purchase on iTunes and the title of this song was "Countin' the Nights". The band toured during that summer, including at least two free shows. Loverboy appeared at the Rockingham Festival 2017, held at Nottingham Trent University, UK, between 20 and 22 October 2017. The band headlined on Sunday 22 October 2017.