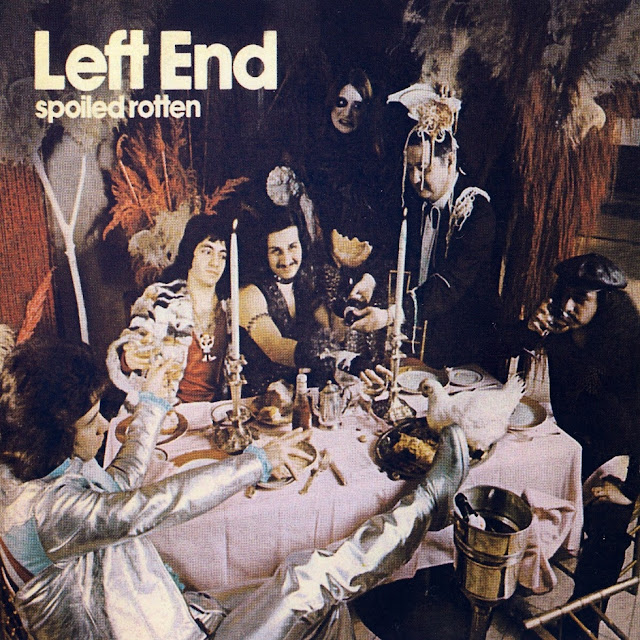 The rain continued to fall on a September Friday evening in downtown Youngstown, Ohio. The thick air made the last chords of the last song ring on beyond their normal cry. It was over. The young rock group Cherry Paup had finished their last gig. Guitarist Tom Figinsky, keyboardist Fred Dolovy, bassist Rod Buckio and drummer Pat Palombo had come to the end of their four years together. They were billed as The New Teen Sensations from 1964 through 1969, from high school freshmen to now graduating high school seniors. Now, it was a time of passage from boys to men, from the dreams of rock & roll to the challenges of the real world from high school heroes to regular faces in the crowd. It was during a break at the Apartment Nightclub on Youngstown’s south side in the summer of 1972 that an articulate, brash, boastful and at times vulgar gentleman walked into the group’s dressing room. He announced himself as Steve Friedman and confidently told the group he wanted to manage them. At first, the guys took Mr. Friedman as just another hawker that was not to be taken seriously. But Friedman’s obvious knowledge of the music business and his arrogance were appealing to the group. After a couple of meetings, Left End had a management/production contract with Steven Friedman.

The group recorded more demos and Steve began meeting with record company executives in New York City. By October of 1972, Friedman landed the group a recording contract with Polydor Records. The contract gave the group a lucrative recording budget that included a minimum of two singles and one album a year for five years. Left End could choose any studio at which to record. The group unanimously selected Cleveland Recording in Cleveland, Ohio. Why?  Because that is where Grand Funk recorded its early albums with the great engineer Ken Hamann. The group finished its winter engagements while writing and testing new material for an album.  Polydor released "Bad Talkin Lady" on its label and the single began to sell nationally. In the late spring of 1973 Left End began recording their first album.  The group continued to perform during this period. The group recorded on Monday through Thursday. One night with a few guests on hand, someone noted the total chaos and mess at the large hotel dining table that had been created by sliding several tables together. There were beer bottles and mixed drink glasses lying on their side surrounded by stacks of china and half-eaten desserts. The guest said, “Boy, you guys are really spoiled rotten.” That was it, he perfect name for Left End’s first album "Spoiled Rotten". To fit the image, Dennis changed his name to Dennis T. Menass.

The "Spoiled Rotten" LP was released by Polydor Records in the late fall of 1973. It went to #1 on “Album Pix” charts in the tri-state area of Ohio, Pennsylvania and West Virginia over night. The album picked up momentum and began to sell throughout the Midwest. Left End's live performances also picked up dramatically and they began playing concert venues to “standing room only” crowds. Steve Friedman strongly supported the group’s spoiled rotten image by equipping the group with dead frogs to throw into the crowd, ping pong ball firing canons and suckers with wrappers that boldly read “YOU SUCK!”  Below in smaller print it read Left End. The group did a mock slow ballad called, “Your Mine” or “The Pimple Song” in which a large weather balloon filled with water, whipped cream, and mustard was wheeled onstage in a small red wagon. At the end of the song Dennis T. Menass would burst the balloon and those against the front of the stage got the worst of the exploding pimple.

Battles on stage with giant gorillas and “staged” attacking fans that Dennis T. would subdue with beer bottles, whips and clubs became a standard. The press labeled them “Big Time Wrestling Meets Heavy Rock.” The group wore lavish “glam rock” costumes of bright silver, gold, black and red. When in New York City, the group would head to Greenwich Village and SoHo to find the most outlandish boots, belts, and leather outfits. Dennis T. would change outfits several times during a concert set. Certain songs commanded a special look. Of course, the group continued closing their shows with flash pots and pyrotechnics. Left End was known for their introduction tapes that were played prior to the group appearing on stage. These were comical thematic collections of live and taped recordings compiled by Thomas John and Jerry Starr of what was then WSRD FM Radio (The Wizard). These intros became very popular with Left End fans. The Cleveland press dubbed them, “The Monster That Ate Cleveland.”

Soon after the "Spoiled Rotten" album was released, Polydor released the single "Loser" from the album. The group began performing in large concert venues with the likes of the Eagles, the J. Geils Band, Brownsville Station, the New York Dolls, Trapeze, George Clinton and the Funkadelic Parliament, and dozens of others. Left End appeared in Rolling Stone, Cash Box, Billboard, Cavalier and other national magazines. They were frequently featured in local periodicals in the tri-state area. Polydor Records held a big reception for Left End after the group performed in concert at Cobo Arena in Detroit. The concert was a great success. Left End finished the set with the usual flash pots on stage and added a full blown fireworks display. The crowd went crazy and literally attacked the group. Later, at the reception for the group, Polydor executives, still buzzing from the concert, began to lay out plans for the group. Left End had captured the Midwest and there was great interest from east and west coast cities.Their plan was to take the group to Europe where it was felt that they would be an instant success and then bring them back here as “The Monster That Ate Europe.” Group members were floating on clouds anticipating their rise to greater stardom until communication with Polydor Records suddenly came to a halt.