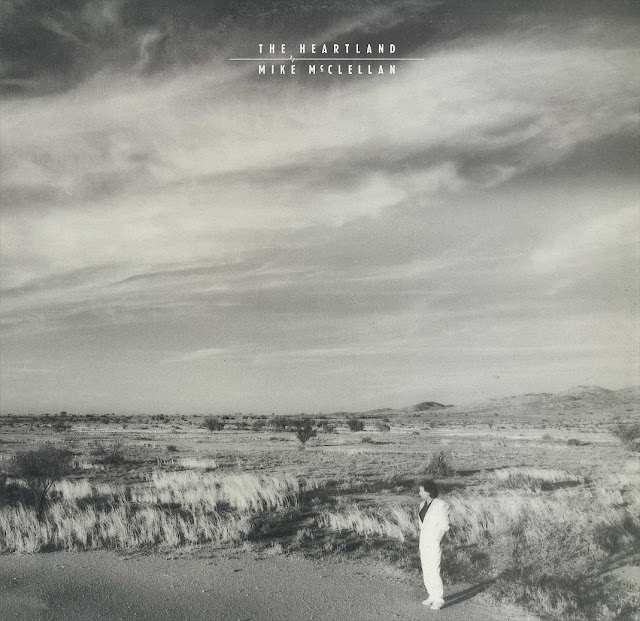 Mike McClellan began performing in the late 60’s and released his first album, titled simply "Mike McClellan" in 1972. It was regarded as one of the most auspicious debut albums from any writer singer of his era. He toured extensively for the next 2 years playing the songs from that first album and previewing the material that would make up his breakthrough record. His second album "Ask Any Dancer" went Gold and the song "Song and Danceman" was voted Song of the Year at the Annual Music Industry Awards in 1975. It hardly needs repeating that the song has become an Australian classic having been recorded many times, both here and overseas. Tours with performers including Roger Miller, Melanie, Dr Hook, The Hollies and Leo Kottke expanded Mike’s audience even further and he earned (deservedly) rave reviews for his capacity to hold his own in the company of such internationally recognized stars. That recognition took a giant leap forward when Rick Nelson recorded one of his most acclaimed songs, "Rock’n Roll Lady", in 1975 and John Farnham covered "Saturday Dance" in the same year.

1976 saw the release of what was regarded as Mike’s finest album of the 70’s: "Until the Song is Done". "The Gamble" shot to top of the country charts and "Lovers Never Wind Up Friends" and "Midnight Flight" were covered overseas. It was inevitable, for so many reasons, that Mike would record a live album. For alone on stage, with just a guitar, he was able to create a certain magic that couldn’t be easily captured in the studio. "An Evening with Mike McClellan" was released in 1978 and included some of his most requested concert tunes along with several brilliant demonstrations of his unique guitar playing. 1979 saw him compering his first television series ‘National Star Quest’ which lead to his being asked to take over the highly successful ABC program ‘Country Road’. Within a year it became ‘Mike McClellan’s Country Music’ and he continued to present the show for a further 3 years, touring extensively behind the huge national profile that it sustained for him. 1980 marked a change in direction. He parted company with EMI and, working with Harry Vanda and George Young of the Easybeats, released "Laughing in the Dark" on the Albert’s label. It became his second gold album on the strength of the single "The One I Love" - one of his most requested songs, it joined the growing list of McClellan classics and was covered many times internationally.

1982 took him overseas to the UK and America. He was away for 12 months, gathering enthusiastic reviews wherever he played and establishing valuable contacts with international publishers. He returned to Australia in 1983 and this marked yet another change in his career. Weary of the constant travelling he sought more stability for him and his family. Mojo, then regarded as the most dynamic ad agency in the country persuaded him to write for them. For 2 years he contributed some of the most memorable advertising in television, writing the concepts, words and music for clients such as Australian Airlines, Red Rooster, Channel 9 and growing the XXXX and Tooheys campaigns for the agency. Invigorated by new challenges he and a partner left Mojo and set up their own agency – Kazoo. It grew rapidly over the period from 1986 to 1991. The 2 partners became 3, the staff went from 3 to 30 and the billings went through the roof. In 1989, despite the ad demands, Mike released a new album "Heartland" (featured here). It is considered by many to be his finest album and marked a return to the EMI label. In 1991, he sold his share holding of Kazoo to set up Hooks, Lines and Thinkers and take complete control of his own destiny once more. He needed the flexibility to do some more writing for himself, to free up his time and take advantage of the dramatic changes that had been happening in the communications industry itself. He now works with CEO's and senior managers, mentoring and facilitating the development of business, marketing and communication strategies.

1998 was yet another auspicious year in his long career as it marked the release of his first single for Warner Music. The three songs contained were a little different to past McClellan offerings. They are tributes to three great Australian sportsmen: Mark Taylor, Don Bradman and David Campese. In late 2001 Mike release a comprehensive retrospective of his recording career. Personally chosen and carefully re-mastered from the original tapes "Time And Time Again". It is an EMI double CD containing 35 of his best songs. Among these are re-recordings of two songs from his very first album and two never previously released - "California Cool" and "New York City Blues". Also in late 2001 we saw the first of what have become standout concerts with old friends Kevin Johnson and Doug Ashdown. In 2005, in conjunction with Andrew Pattison, who established Melbourne’s much loved acoustic venue ‘The Troubadour’, he brought to Australia and shared the bill with the wonderful US singer/songwriter Danny O’Keefe. There is another CD of new songs now being recorded and for the first time in many years, Mike is back doing concerts, renewing old friendships and playing extensively.

Mike McLellan is an australian treasure, a fine musician, songwriter and performer, in many ways the voice of Australia, says Dr Greg Whateley, Principal of AICM. ‘I personally grew up listening to Mike’s music and remember every milestone noted in this article. To have Mike at AICM is nothing short of sensational. AICM is a small conservatorium with big plans – and it is a delight to have Mike as part of those plans.’ In 2008 Mike has accepted a position as Senior Visiting Fellow at AICM and will be involved in teaching and advising on an ongoing basis.