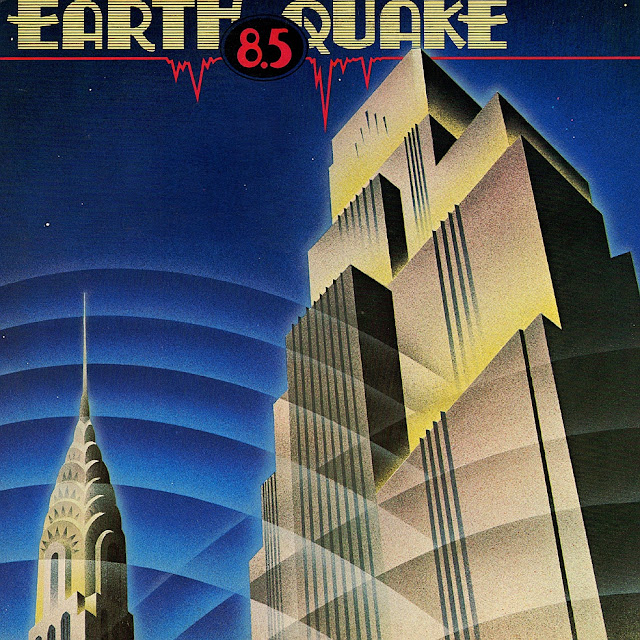 The History of Earth Quake is also the history of Matthew King Kaufman. As owner and chief producer at Beserkley Records from the mid-'70s through the mid-'80s, Matthew King Kaufman created one of the coolest indie labels, and helped create some of the finest power pop of all time. On a shoestring he produced or co-produced enduring albums by Earth Quake (Rocking the World, 8.5), Jonathan Richman - with and without the Modern Lovers - (Jonathan Richman and the Modern Lovers, Rock and Roll With the Modern Lovers, Modern Lovers Live), The Rubinoos (The Rubinoos, Back To the Drawing Board), and most popularly, Greg Kihn (Greg Kihn Again, Rockihnroll, Kihnspiracy). Born in 1946 and raised in Baltimore, Kaufman graduated from law school but never took the bar. Instead, convinced they were to be the next Beatles, Kaufman went to California to co-manage the San Francisco rock band Earth Quake. Kaufman helped the band get a two-record deal with A&M; in '70, and hung around the label picking up production tips from some of the greats, including Lou Adler and Glyn Johns.

After a few years Kaufman became frustrated with what he felt was A&M;'s ineptitude at marketing a hard rock band. There was one small problem: money. "I was watching TV late one night in '73, and Reverend Ike came on and said, 'A guy drives by in a Cadillac and you can either love him or curse at him. If you curse at him, you're never going to get a Cadillac.' I loved it - this power of positive thinking line - and I wanted to encourage it, so I sent the man $10. "A little later, I got back in the mail this cheap red cloth cut out with pinking shears, which was supposed to be a prayer cloth. The note with it said, 'Put this in your mailbox and money will show up.' I figured 'what the hell' and put it in my mailbox. That night I was staring at Alcatraz and it turned into the 'Beserkley Records' logo; a line from a Gene McDaniels song - 'I'm at the point of no return/And for me there'll be no turning back' - popped into my brain, and I knew I had to start my own label and call it 'Beserkley.'

"As it turned out, a snippet of an Earth Quake song had been used in the movie The Getaway. The snippet was vital because they used it to show that two different scenes were going on at the same time. The film's music director, Quincy Jones, hadn't cleared the rights with us. He sent me four-or-five times what this little snippet was worth just to shut me up. This check for $1,100 showed up three days after I put the prayer cloth in my mailbox. I had no idea that this money was on its way," he said. The strangeness continued. "I cashed the check and took the money down to the track. By the end of that day I had $3,400, which covered the production budget for both Earthquake's live album and Chartbusters. That's how we started."

From '73 to '75 Beserkley put out singles (assembled into Chartbusters in '75). The first was Earth Quake's great dueling-guitar (Robbie Dunbar, Gary Phillips) version of the Easybeats' "Friday On My Mind" - for years a weekend-kickoff staple at rock stations throughout the country. John Doukas' thick, powerful voice captures a feverish hedonism that was missing from both the original and David Bowie's Pinups version. He worked quickly: "To record Jonathan Richman's 'Roadrunner' took the 3 minutes-35 seconds for the performance, about another 30 minutes to dump the background vocals on, and another 90 minutes to mix it," he said proudly, referring to the classic Jonathan Richman single. The first version of "Roadrunner" (called "Roadrunner once") had been produced by John Cale for Warner Brothers in '72, but not released (Beserkley subsequently licensed Cale's tapes and released them as The Modern Lovers album in '76).

Earth Quake was an American power pop band, formed in the San Francisco area in 1966, who released several albums in the 1970s, mostly on Beserkley Records, a company which they were involved in setting up. Originally Purple Earthquake, the band drew its influences from rock and blues bands of the 1950s and 1960s, such as The Kinks, Muddy Waters and the Yardbirds, and played clubs and ballrooms in California in the late 1960s. They were managed by Matthew King Kaufman, who got them a recording contract with A&M Records, where they released two albums, Earth Quake (1971) and Why Don't You Try Me? (1972) but with little commercial success. After experiencing frustration at what he saw as A&M's incompetence in handling the band, and winning some compensation for the unauthorized use of their music in the movie The Getaway, Kaufman set up Beserkley Records in 1973. Earth Quake released four albums on Beserkley between 1975 and 1979, as well as working with other musicians including Jonathan Richman (who they backed on his 1974 recording of "Roadrunner"), Greg Kihn (who sang backing vocals on some of their records), and guitarist Gary Phillipet (aka Gary Phillips - previously of John Cipollina's Copperhead). The band split up in the early 1980s, although a compilation album, Sittin in the Middle of Madness, was issued in 2000. The first two albums, Earth Quake (1971) and Why Don't You Try Me (1972), were remastered and rereleased December 27, 2004 on Acadia Records. Gary Phillips died in 2007 at the age of 59. John Doukas died on March 19, 2011, in South Africa, at the age of 62.

Kaufman produced the second version ("Roadrunner twice") and released the two versions together as a single in '77, which reached an astonishing No. 11 in the U.K. Kaufman's version of the song lacks the electric drive of the original, but it captures childlike wonder as well as anything ever recorded - Richman positively squirms with delight as the late night open road stretches before him and the radio plays. His heart leaps out to fill all of the open space as stars wink in the black-ice sky. "Jonathan was so prolific it was frightening," said Kaufman. "My problem with him was eliminating songs, not waiting for him to write good songs. My favorite session with Jonathan was 'Egyptian Reggae.' We came up with this idea of recording the whole song in the echo chamber in the bowels of the CBS studio. It smelled in there, but it was a great session. Glen Kolotkin is a great engineer - and he made it sound like a grown-up record."

Beserkley's purest pop came from the Rubinoos, a young Berkeley band. Jon Rubin's lead vocal on the band's cover of Tommy James and the Shondell's "I Think We're Alone Now," achieves an aching emotional vulnerability. The way he hangs on to the first line - "Children beha-a-ve" - simultaneously absorbs and mocks every humiliating parental slight ever directed at a teen. Besides "Alone," the first Rubinoos album is graced with excellent originals by guitarist/songwriter Tommy Dunbar (younger brother of Earth Quake's Robbie Dunbar), including the peppy "Leave My Heart Alone," the sprightly neo-soul of "Hard To Get," and the Raspberries-like rocker "Rock and Roll Is Dead." Power pop great "I Wanna Be Your Boyfriend" was the lead single from the band's second album, Back To the Drawing Board in '78. Recalled Kaufman, "'Boyfriend' [recorded in England] was played on the BBC more than any other record I had ever done, and just then all of these kids were buying Sex Pistols records and didn't want to hear boy-next-door rock. It was my biggest heartbreak. You miss by a day, you miss by a year, you miss," he philosophized.

Kaufman didn't miss with Greg Kihn. Kihn, like Kaufman from Baltimore, moved to Berkeley in '74 and sang backup on Earth Quake and Richman records before forming his own band. His second album, Kihn Again, contains a fine Byrds-ish version of Bruce Springsteen's "For You," and a stomping version of Buddy Holly's "Love's Made a Fool Of You" (powered by lead guitarist Dave Carpenter). Every subsequent Kihn album charted. '81's Rockihnroll contained Kihn's breakthrough single, "The Breakup Song (They Don't Write 'Em)" - an exceptional midway point between Buddy Holly of the '50s, and the Gin Blossoms of the '90s. Led by the relentless, clavinet-powered single "Jeopardy," Kihnspiracy shocked the world by reaching No. 15 in '83. Kaufman licensed the label to Rhino in 1986 and moved on - his legacy is strong.