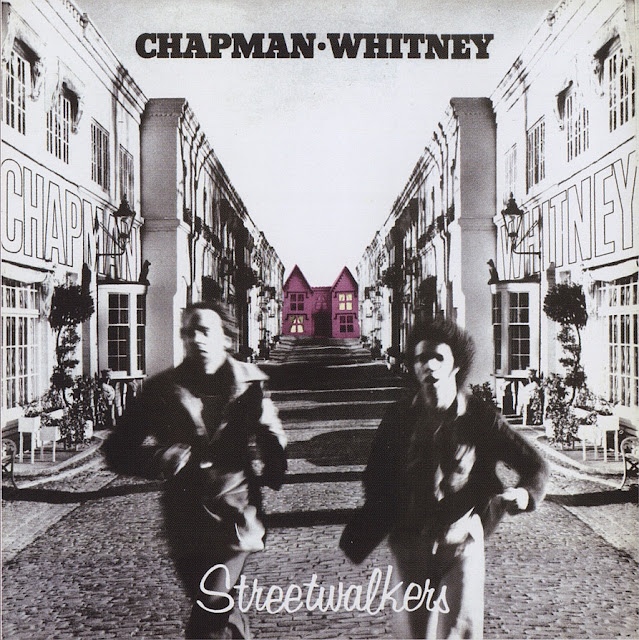 I’ll make no bones about it: Family (1968 - 1973) was and still is one of my favourite rock bands ever. A bold thing to admit, perhaps, but there it is. No other band in all of my rock listening years does it for me like these guys. They incorporated all sorts of musical styles, from delta blues to psychedelic excursions, from Jazz to symphonic, from hard rock to folk; the members of Family never ceased to challenge you with their very unique brand of rock music. Roger Chapman (vocals, saxes) and John “Charlie” Whitney (lead and steel guitars) led a bunch of incredible British musicians (who changed regularly) into what became an underground cult favourite on both sides of the Atlantic.

Another thing I will say is that Roger Chapman is also my favourite Rock vocalist. Sounding like a mix of Rod Stewart and Joe Cocker (but in my opinion better than both), he roars and soars with a unique range and bleating vibrato that shakes the roof - you have to experience this voice! Composing nearly all the songs for the span of their existence, Roger and Charlie were at the top echelon of writing duos, alongside Jagger and Richards. Another bold claim, but a listen through the Family catalogue at the unique and varied compositions might convince you. At any rate, in 1973 management issues among other things resulted in the dissolving of Family, leaving Roger and Charlie to pursue life as a duo. So here’s where the Streetwalkers saga begins.

Now to the album: First Cut is the bridge between later Family albums, especially "Bandstand" and "It’s Only a Movie", and the first true Streetwalkers album, "Downtown Flyers". What makes the album great for me is that it can stand alongside the Family discs and really could have been the next one in the Family canon. In much the same way that the Stones shed their Brit/Pop/Mystical songs of the late 60s and moved back to their rhythm and blues routes, Chapman and Whitney had the same idea with First Cut and then moved to hard rock blues that followed with the rest of the Streetwalkers’ catalogue. First cut has the boys standing over the line between rock and blues, and the push and pull from one side and the other makes this such an enjoyable album.

"Hangman" opens the album with a crunchy, hard blues, something akin to a souped-up and faster Spoonful - it really kicks out the jams.  Add soaring strings to the mix (a Family trademark) and you have an original take on the blues with enough light and dark contrasts to give it an original spin. "Roxianna" features a honky-tonk rhythm complete with Mel Collins’ clarinet and Dixieland piano; it really swings and Charlie’s slide guitar weaves in and out to great effect. "Sue And Betty Jean" begins as a sad lament with organ but picks up the pace some with a Beatlesque melody with echoes of "She’s Leaving Home".  This is a perfect example of how, when Chapman and Whitney write and arrange, they incorporate all the instruments with a beautiful, intricate dance.  With the guitar becoming more of a Wes Montgomery jazz style, it dominates this slow waltz of a song.  A lot of their songs, like this one, also tell interesting stories and they should be noted as good lyricists as well.

"Call Ya" has classic Chapman vocals, scratchy but in his higher register, simply a vocal treat. The song itself has that funky blues of Little Feat but with some chords that give you that real hard rock feel.  Mel Collins takes over for a great sax solo here - he really wails on this one.  This could have been an additional track on Family’s Bandstand for sure. This ends with a conga-driven jam that gets you tapping. "Just 4 Men"/"Tokyo Rose", a two song suite (the original album also included "Hangman", making it a trio but Roger felt it belonged at the start of the set), begins with spoken word and a dark, flute and string driven remorseful sounding theme. The song brightens a bit with the flute joined by Charlie’s expressive guitar lead and then Tokyo Rose begins with a hard rock attack, back to the Hangman approach. The track grinds it out down and dirty, complete with a chorus of shoops courtesy of John Wetton and the others, and then another deadly Mel Collins solo overlays it all until it fades away.

"Creature Feature" begins with thunder and rain and a cool underground boogie and Linda Lewis singing alongside Roger and showcasing Charlie’s great slide guitar work. The song chugs along then the strings come in to add further impact, extending the song to further showcase the guitars. Interestingly, the strings sound very similar to Elton John’s arrangements on "Madman Across The Water". "Parisienne High Heels", another rhythm and blues powerhouse, with a Foghat-like guitar attack and an almost gospel-like vocal background, brings southern rock to the fore. Roger Chapman’s vocal here really screams, soars, teases - he is in perfect form. The track really rocks out until it fades in an odd echo. "Systematic Stealth" is a quirky little song which could be totally acoustic - a pleasant summer-sounding, joyous folksy pleasure - a pleasant rest from those nasty, hard blues. "Showbiz Joe" ends the album with a vaudeville-like melody and a weaving horn section.  But as in all Chapman/Whitney songs, it breaks open in places to reveal layers of intricate playing underneath.

For Family fans, and I know you’re out there, this is a must have. If you loved Family, and especially "Bandstand" and "It's Only A Movie", then this will totally appeal to you. If you are new to any of this, and you like boogie and Chicago style blues, with the right mix of rock and roll and great vocals, then I think you will like this album a lot. I can say that if you are a fan of Joe Cocker’s early albums, then this is a no brainer. Beyond this, the Streetwalkers albums that followed, where they had a permanent band throughout their existence, are even punchier, heavier and bluesier overall. Try "Red Card" and see what you think. And I guess I don’t have to say that I hope you will be curious enough to try Family out - you might find that it becomes a major favourite as well.