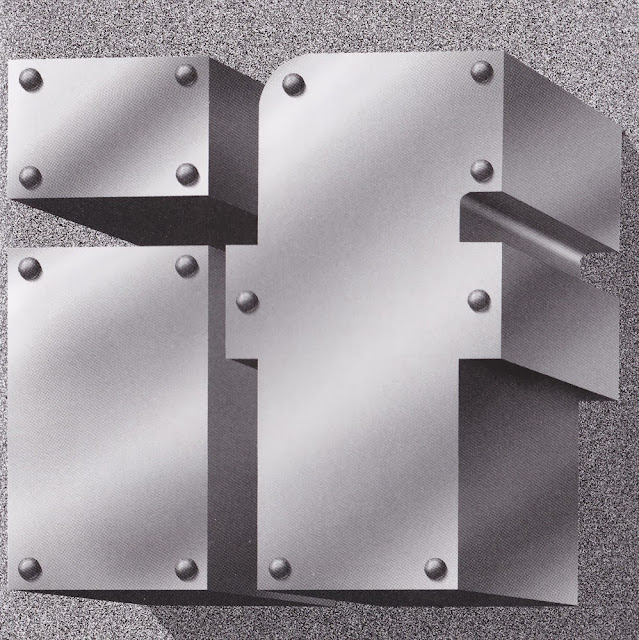 If was Great Britain's contribution to the jazz-rock movement begun and popularized in the late '60s/early '70s by Blood, Sweat & Tears and Chicago. Formed in 1969 by Melody Maker jazz poll winners Dave Quincy, Dick Morrissey, and Terry Smith, the band never found popular success in the United States. However, If produced several albums noteworthy for placing jazz players in a pop/rock band context and producing a true fusion of the two genres without diluting the players' improvisational skills. Unlike most of their horn-band contemporaries, If had no brass players in the band, relying solely on the saxophones of Dick Morrissey and the flute and saxophones of Dave Quincy. But what really gave If its unique sound were the vocals of J.W. Hodgkinson and the guitar of Terry Smith. Hodgkinson's vocal timbre was unusual -- smooth, flexible, and strong in the high end, sounding like no other vocalist.

Smith's trebly guitar sound was also unique, combining a rocker's use of sustain with the jazz fluency of Wes Montgomery and Django Reinhardt. The original incarnation of If produced five excellent albums between 1970 and 1972, but these albums failed to find an audience. Morrissey soldiered on with the If name for two more albums with a totally different lineup and a more generic rock-type sound, but these, too, went nowhere. Drummer Dennis Elliott was later a member of the platinum-selling rock band Foreigner  In 1969, one of the big stories in pop music was the emergence of a new hybrid, "jazz-rock." Magazines and newspapers were full of stories about the "comeback" of the big band sound, and every rock band with a horn or two was lumped into this new category, whether there was any jazz component to their music or not.

The leading purveyor of the new sound was Blood, Sweat & Tears, a nine-piece outfit from New York whose eponymously titled second album burned up the charts that year following its release in December, 1968. Originally formed by Al Kooper in 1967 with the express purpose of mixing jazz improvisation into a horn-expanded rock band, BS&T's first album, Child is Father to the Man, failed to capture the music-buying public's imagination. After some personnel changes, including the replacement of the founder in a coup by other band members, the group recorded and released Blood, Sweat & Tears. Propelled by the hit singles "You've Made Me So Very Happy," "Spinning Wheel" and "And When I Die," this album spent seven weeks in the number one slot on the Billboard album chart and eventually won the Album of the Year Grammy award.

1969 also brought forth another horn band album, Chicago Transit Authority, by the group that called itself Chicago. CTA didn't reach the stratospheric level of popularity that BS&T found at first, but the combined success of the two led many young musicians from various backgrounds to create their own versions of jazz-rock horn bands. One of the best groups to emerge in the wake of the 1969 jazz-rock explosion was a septet from England that called itself "If." Formed by two Melody Maker jazz poll winners, saxophonist Dick Morrissey and guitarist Terry Smith, If integrated jazz into its arrangements more seamlessly than did Blood, Sweat & Tears. Differentiating themselves from other horn bands of the era, If had no brass instruments. The band's horn section was all woodwinds---Morrissey and saxophonist/flutist Dave Quincy. Another distinguishing characteristic was the unusual vocal timbre of singer J. W. Hodkinson, who soared through the upper reaches in a manner similar to Steve Winwood, only with more polish and elasticity.

In addition, guitarist Smith selected a unique trebly guitar tone that blended the sustain of a rocker with the fluent licks of a jazzman. The band's first album, titled simply If, was released in the United States in the fall of 1970 to much fanfare from Capitol Records, their American label. It was a great album, one that still holds up more than thirty years later. The album opens quietly, a lone guitar playing a gentle, bluesy intro that becomes a repeating riff in 7/4 time. Hodkinson's vocal arrives, with the first couple of verses accompanied only by the electric guitar floating atop barely audible organ chords. The saxophones appear playing a complementary pattern as the bass guitar and drums sneak into the mix. The song builds for a couple of minutes, the odd-metered rhythm becoming more insistent. Then the guitarist's riff turns into a sizzling two-minute solo flight over smoldering organ, bass and drums.

When the horns reemerge to resume their earlier pattern, vocalist Hodkinson returns to take the song to its lyrical climax: "I'm reaching out on all sides, I'm grabbing at the truth instead of lies; I want it said when I am gone…I moved the world just one step on." Saxophones, organ and guitar build to a climax, until guitarist Smith is left alone for the denouement. "I'm Reaching Out On All Sides" is a powerful opening musical statement. But the best was yet to come. The second track is the album's centerpiece, an eight-and-a-half minute instrumental jazz mini-suite called "What Did I Say About the Box, Jack?" This piece builds to several internal climaxes and features an out-of-this-world flute solo, a fiery guitar solo, and a concluding slice of tenor sax virtuosity. Bassist Jim Richardson provides the hook at the beginning and end of this number, and John Mealing's organ chords make the bed over which the soloists soar.

The record's first side concludes with Hodkinson's best vocal of the set on "What Can a Friend Say?" The horn section is augmented on this track with trumpet and trombone, giving the arrangement a Blood, Sweat & Tears-like luster. After Hodkinson belts out the lyrics, Dick Morrissey cuts loose on a ferocious Coltrane-inspired romp, only to be upstaged when Terry Smith comes out of nowhere to grab the spotlight with another well-constructed guitar solo that covers the length and breadth of the fretboard. Whew!! It's already been an exciting twenty-one minutes of music, and we're only halfway through the disc. The second half of the record opens with a much more conventional R&B/soul-style workout called "Woman Can You See (What This Big Thing is All About)." There's a nice soprano sax solo in the middle that sets this apart from the typical soul raveup of the time. Hodkinson flexes his bluesy vocal muscles and the band really cooks.

"Raise the Level of Your Conscious Mind" is the most poppish of the songs on If. As the title implies, the lyrics offer the kind of optimistic sentiments that were prevalent in 1970, but may sound dated to jaded 21st century ears. (Horn bands generally weren't known for the depth or profundity of their songs' lyrics.) The wistfully nostalgic ballad "Dockland" provides a refreshing respite, but its middle section still offers guitarist Smith an opportunity to display his jazz chops. The recording closes with a blaze of horn-driven rock and roll as the band travels to "The Promised Land." When the recording ends, you can't get the insistent invitation of the chorus to "Come, come with me into the promised land" out of your head. If became popular briefly in England and on the European continent, but never found its audience in the United States. The jazz-rock horn band genre didn't last very long, and If began to disintegrate in 1972 after four albums. Drummer Dennis Elliott ended up in the mega-selling rock band, Foreigner.