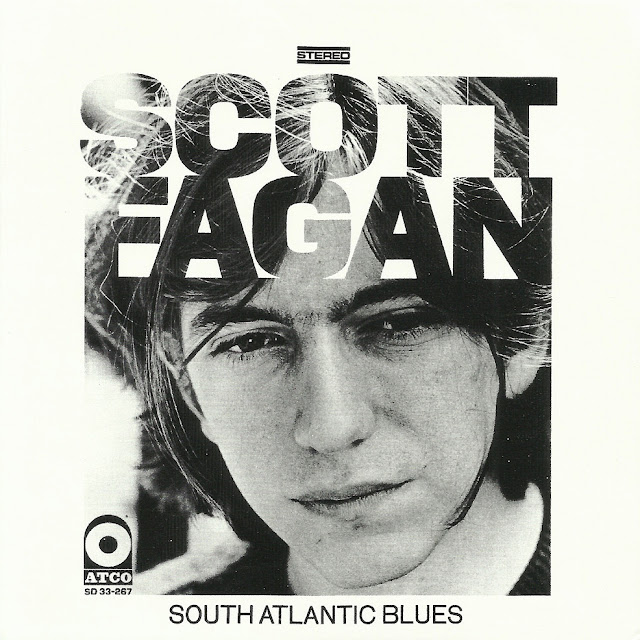 Contemporary music documentaries are saturated with exasperating stories just like Scott Fagan’s. Recent cultural excavations have yielded new knowledge about artists like Rodriguez, as examined in the release of Searching for Sugar Man. An entire generation of Cambodian psych-pop music eradicated by Pol Pot’s regime was exposed to audiences far and wide thanks in part to the documentary Don’t Think I’ve Forgotten. The examples go on and on, but the necessity of unearthing undiscovered gems from the past is as much an art form as the gems themselves. In fact, that’s pretty much the storyline for how Scott Fagan’s overlooked debut was introduced to the world. Upon its release in 1968, South Atlantic Blues, for whatever confounding reasons, dropped like a brick commercially, despite Fagan’s uncanny pedigree. Upon arriving in New York from the Virgin Islands at 21, Fagan landed a successful audition with legendary producer Doc Pomus, gigged with some guy named Jimmy James (later known as Jimi Hendrix), unwittingly sired a literary indie-pop genius in Stephin Merritt (they did not meet in person until 2013), and almost became the first non-Beatle to be signed to the Fab Four’s revered Apple Records label (touche, James Taylor).

Suffice it to say that despite these forces of chaos, they did nothing to lift South Atlantic Blues to the masses, and the LP was pretty much forgotten about very soon after its release. Enter pop artist Jasper Johns, who came upon Fagan’s album in a cutout bin some years later and, bewitched by the strength and wonder of the songs etched into the groove of this discarded unknown, set to creating the pieces for the series “Scott Fagan Record,” which hang in the MET and MoMA today. There’s a bit of a good luck that set Fagan’s record in the hands of the folks at Saint Cecilia Knows and Light in the Attic—both arbiters of high standard in the art of the reissue. The story of how Fagan’s debut was ignored and rediscovered at random by a respected and popular artist is incredible, no doubt. In a bit of cruel irony, it’s the record itself that’s more incredible, by far.

Beginning with “In My Head,” Fagan’s conscious vocals command attention, ruminating on the hazy inner dialogue of someone coming into his own not just as an artist, but as a man. Fagan sings, “The city street show cracks like a star so I wonder/why is it so strange to rearrange the clouds over and under myself?/and I have always seen the sea as secret lover/but does she want the sky instead?/Oh no; it’s something in my head.” String flourishes and tasteful guitars accentuate the propulsion of what sounds more Motown than sacred psych-folk (as this release is widely incorrectly ballyhooed as), which is one of the first indicators of the album’s otherness. Fagan’s powerful vocal takes are the next. Belting high in the mix, Fagan’s raw vibrato warbles like Bowie’s but rambles like Reed’s, painting pictures in words not unlike those his son would excel at much later. And while not all Fagan’s lyrical musings can be described as entirely legible in addition to being literarily strong, his striking ability to have injected vignettes of angst into Bacharach-like horn-heavy groovers like “Crying” ought to have endeared him to an entire generation of Van Morrison-worshipping peaceniks.

Interestingly, “Nickels and Dimes” predates Morrison’s “Moondance” by two years, at least in terms of release, and pulses on the same Pink Panther-esque menagerie of sultry horns and suspicious melodies inspired by Caribbean sensibilities and R&B swagger. South Atlantic Blues utilized plunky keys, warm bass and barely-there percussion to guide songs to emerge both as ethereal aural maps as well as perfectly unobtrusive melodic foundations for Fagan’s fanciful crooning. “Nickels and Dimes” is the opus of a confused spirit, bemused by the calling of his talent even at age 21, when so much of the world had still yet to be discovered. Whether those discoveries were made in quite the way Fagan imagined is a question this record, sadly, probably never prophesied.

If it’s possible to listen to this album with the context of when it was released in mind, when the Donovans of the world were sipping champagne from velvet slippers and The Beatles were still together, try your hardest. The story is great, but it wouldn’t mean shit if this was a work of garbage, despite its rescue from such a fate at the hands of Johns. After listening to South Atlantic Blues, the likely thought-route is to ponder the whereabouts of the thousands of staggeringly great pieces of music, art, literature just gathering dust in a bin somewhere, and who might be paying attention enough to pick them up. Luckily, this one was given a new life, and with it, a new testament to the staying power of rebellious, mischievous, talented songwriters.