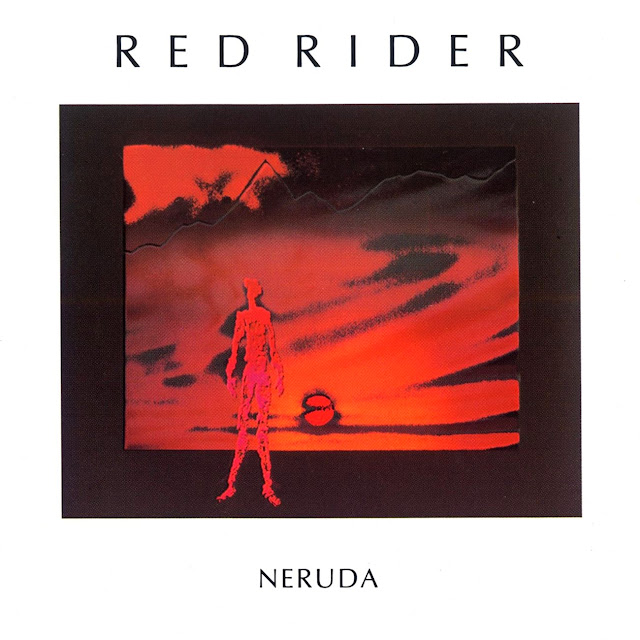 
Red Rider, later known as Tom Cochrane & Red Rider, is a Canadian rock band popular in the 1980s. While they achieved great success in Canada, the band never had a song in the Top 40 in the United States, although "Lunatic Fringe" became a hit on album-oriented rock radio. They also hit the Billboard Hot 100 with "Young Thing, Wild Dreams (Rock Me)", and charted comparably to "Lunatic Fringe" on Mainstream Rock (AOR) with "Big League", which remains popular to this day, "Human Race", and "Power". Red Rider was formed in Toronto in 1975 when Peter Boynton (keyboards, synthesizers, vocals), Ken Greer (guitars, keyboards, backing vocals) and Rob Baker (drums) joined up with Arvo Lepp (guitar) and Jon Checkowski (bass) and began playing around Toronto, performing both original and cover music.

In 1978 their manager at that time was contacted by Capitol Records about adding singer, guitarist and composer Tom Cochrane to the group. Tom was invited to one of the band's gigs in London, Ontario, to rehearse with them. Boynton, Greer and Baker were impressed with Tom's playing and songwriting but Lepp and Checkowski were not as enthused over him and decided to leave the band. Jeff Jones (formerly with Ocean and the original bassist for Rush) was then brought in on bass, and it was the lineup of Cochrane, Boynton, Greer, Baker and Jones that were signed to Capitol and released their first album "Don't Fight It" in October 1979. With the singles "White Hot" and "Don't Fight It", the album quickly reached gold status.

Their second album, "As Far as Siam", was released in June 1981 and featured the hit "Lunatic Fringe", which strongly featured steel guitarist Greer, whose soaring, searing lines gave Red Rider its distinctive sound. The song was also used in the 1985 movie Vision Quest, appeared as well in the Miami Vice episode "Smuggler's Blues" and saw high rotation on the United States cable network MTV. It is now a mainstay on American classic rock radio. Peter Boynton was replaced by keyboardist Steve Sexton on Red Rider's third album "Neruda", released in March 1983, and the track "Napoleon Sheds His Skin" would become one of the more popular songs from the album, while "Human Race" picked up considerable FM radio airplay in the US, becoming their second best known song there after "Lunatic Fringe". Moreover, the song "Can't Turn Back" was used in the Miami Vice episode "Tale of the Goat". "Neruda" was recorded at Metalworks Studios in Toronto, Ontario. The figure on the album cover was inspired by Denise Sexton. The instrumental track "Light In The Tunnel" followed by "Power" (with vocals) have been used to open Cochrane's concerts on several tours. Neruda became Cochrane's third straight platinum album in Canada with Red Rider selling more than 100,000 copies.

"Neruda" reached #66 on Billboard's Pop Albums chart in 1983 assisted by the singles "Crack The Sky (Breakaway)" and "Power (Strength In Numbers)" which reached #39 and #13 respectively on Billboard's Mainstream Rock chart. "Human Race" reached #29 in Canada and #11 on Billboard's Mainstream Rock chart. The album was named after Chilean poet Pablo Neruda. For their next release, "Breaking Curfew" (September 1984), John Webster (formerly with Canadian soft rockers Stonebolt) replaced Sexton on keyboards. The album did not sell as well as "Neruda" and a dispute with Bruce Allen, the band's manager, over the future direction of the band resulted in Red Rider's departure from the Bruce Allen camp and a change in band members, as Jeff Jones and Rob Baker left. The album did contain the band's top-charting single, "Young Thing, Wild Dreams (Rock Me)", which reached number 71 on the Billboard Hot 100.

In what became a strong signal regarding the future of the band, they officially became known as Tom Cochrane & Red Rider, and released their self-titled fifth album in May 1986, with new members Ken "Spider" Sinnaeve on bass and Randall Coryell on drums, although Graham Broad (Go West and Roger Waters' band) played drums on the album, recorded in Wales at Rockfield Studios, and Metalworks Studios in Mississauga, Ontario, over the early months of 1985, produced by Patrick Moran. In 1987 Capitol released a compilation CD titled "Over 60 Minutes with Red Rider", covering the band's first four albums. Also in 1987, the band, who had been nominated 11 times for Juno Awards, finally was awarded one for group of the year. During the late 80s, guitarist Peter Mueller was added to the band. In the fall of 1988, the band released their sixth album, "Victory Day", which contained the track "Big League", about the death of a young hockey player. The young man's father approached Cochrane on the day of a concert, mentioning that his son was a big fan of Red Rider's song, "Boy Inside The Man". Cochrane asked the man if his son was going to be attending the concert, and the man responded that his son had recently died in a car accident. Another note about "Big League" is that Cochrane and Greer played it at GM place at the start of the 2008/09 hockey season to commemorate the passing of Luc Bourdon, a member of the Vancouver Canucks. The song was also featured in a segment on CBC Television's Hockey Night in Canada.

Red Rider's final album, "The Symphony Sessions", which was recorded on March 17 and 18, 1989, and released in December 1989, saw the band performing with the Edmonton Symphony Orchestra, as Procol Harum had done seventeen years before. Cochrane's solo career was taking off and the band broke up in early 1990, shortly after the album was released. The three-CD box set "Ashes to Diamonds", which includes material by both Red Rider and Cochrane as a solo artist, was released in 1993. Cochrane, Greer and Jones reunited as Red Rider in 2002 to play a benefit show after their 80s guitar tech, John Garrish, was mugged and stabbed to death in the Yorkville section of Toronto.

Since that time, Cochrane, Greer and Jones have continued to tour annually as Red Rider with new members Jamie Oakes (guitar), Randall "Mongo" Stoll (drums) and Troy Feener (drums, alternating with Stoll). Keyboardist John Webster briefly rejoined the band in the mid-2000s and Bill Bell (guitar) replaced Oakes in 2006, only to be succeeded by Tom Lewis in 2011. And since 2006, Davide Direnzo (subbed by Gary Craig in 2007 and 2009 and Troy Feener in 2009) has been holding down the drum chair. Professional wrestler Kurt Angle used an instrumental version of "Lunatic Fringe" as his entrance music in TNA. UFC fighter and former Pride Champion Dan "Hendo" Henderson also uses "Lunatic Fringe" as his intro song.