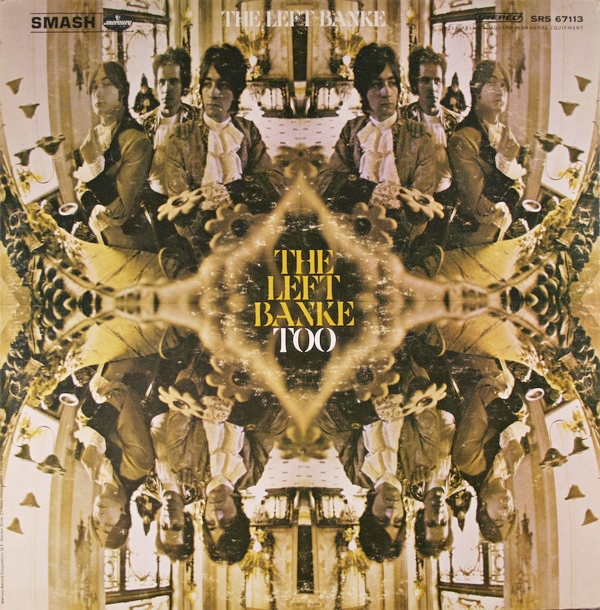 The Left Banke started at the top, launching its recording career with the 1966 debut single "Walk Away Renée," which became both a Top Five smash and an iconic pop classic. They followed it with the equally memorable hit "Pretty Ballerina" and the beloved LP Walk Away Renée/Pretty Ballerina. Less well known, but no less noteworthy, is the band's underappreciated second act. Although it largely escaped the public's notice upon its release in November 1968, The Left Banke Too is an unsung gem that remains close to the hearts of a dedicated cadre of fans. Recorded after the departure of keyboardist/songwriter Michael Brown, the sophomore disc finds his former bandmates - frontman Steve Martin, bassist/guitarist Tom Finn and drummer George Cameron - rising to the occasion to produce music whose ambition and expressiveness matches, and in some cases surpasses, that of the band's more prominent prior work.

The Left Banke's original lineup had combusted shortly after Walk Away Renée/Pretty Ballerina's release, and the group split into two factions, with singers Martin, Finn and Cameron on one side, and Brown and his father, manager/producer Harry Lookofsky, on the other. The schism led to Brown (with help from songwriter Tom Feher, who had contributed to the first album, and singer Bert Sommer) releasing his own single, "Ivy, Ivy" b/w "And Suddenly," under the Left Banke name, and releasing it in April 1967 on the band's label, the Mercury Records subsidiary Smash. After Finn, Martin and Cameron hired lawyers and won back control of the band name, Smash withdrew support from Brown's single. But the resulting confusion over the competing Left Bankes resulted in a loss of commercial momentum from which the band would never recover. The two factions temporarily reconciled in the spring of 1967 to record a pair of Brown/Feher compositions, "Desirée" and "In the Morning Light." Brown produced those sessions, with John Abbott (who played and arranged on the first album) as arranger and various New York session musicians playing most of the instruments.

Although The Left Banke Too showed their creative batteries to be fully charged, it wasn't long before the group's morale was sagging. The album was lost amidst a flood of new hippie acts, and the band - which toured with Tom Feher on keyboards and new guitarist Tim Hayden - experienced a new set of frustrations with its new management team, which Finn says kept them on the road, with little financial reward and no discernable career benefit to the group. Although the trio disbanded, Steve Martin and Michael Brown reunited in the studio shortly thereafter to record one more single, "Myrah" b/w "Pedestal," which was released under the Left Banke's name in November 1969. In 1971, Martin, Finn, Cameron and Brown came together to record Brown's songs "Love Songs in the Night" and "Two by Two." The results were released under Martin's name, both as a single and on the soundtrack LP of the little-seen film Hot Parts, both on the Buddah label.

In the 1970s, Brown would record with Montage, Stories and the Beckies, while a 1978 Finn solo project would evolve into an abortive Left Banke reunion with Martin and Cameron; a set of demos from that project would see release in 1986, as Strangers on a Train in the U.S. and Voices Calling in Britain. In the years since, various combinations of Left Banke members, including Brown, have periodically reunited in the studio to work on new material, but the fruits of those efforts have remained unheard by the public.

Years of speculation regarding a Left Banke reunion came to an end in March 2011, when Finn and Cameron teamed with a group of New York musicians for a pair of shows in New York, marking the first Left Banke gigs in more than four decades and the first time many of the band's songs had ever been performed live. The reunion shows' rapturous reception underlines the ongoing fan interest in the Left Banke, and the fact that the songs from The Left Banke Too were as well-received as the more familiar hits demonstrates the high esteem in which this album is held by the band's admirers.